When David Tennant hands over the keys to the Tardis on New Yearâ€™s Day it will be the end of the most popular incarnation of Doctor Who of all time!

But thereâ€™s bad news for new Doctor Matt Smith. In a poll of British TV viewers over 21 per cent of respondents put Ewan McGregor as their first choice of actor to take over as the new Timelord, with Matt Smith coming just sixth.

â€¢ 21% of Brits wanted Ewan McGregor to be the next Doctor Who
â€¢ Just 7% are happy with Matt Smith replacing David Tennant
â€¢ 36% chose Rose Tyler (Billie Piper) as the best Doctor Who assistant ever
â€¢ A quarter think itâ€™s time we had a Doctor from an ethnic minority
â€¢ 20% think itâ€™s time for a female Doctor with Catherine Tate, Anna Friel and Jo Brand the frontrunners
â€¢ Half of Brits voted Daleks as the Doctorâ€™s greatest adversary 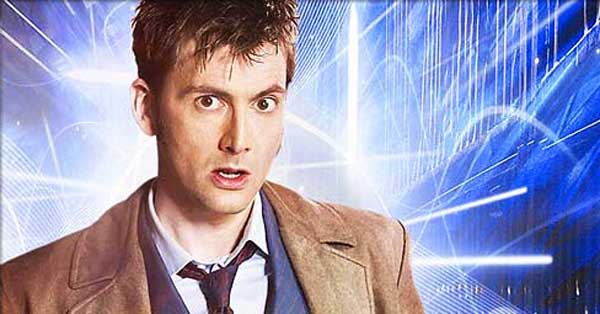 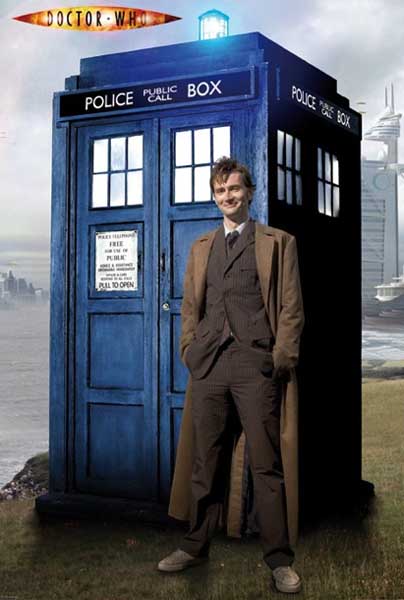 Research commissioned by leading comparison site Gocompare.com reveals that of the 10 Doctors weâ€™ve seen so far David Tennant is easily the most popular, with over 45 per cent of respondents naming him as their favourite. Tom Baker, who played the Doctor from 1974 to 1981 in his trademark hat and long woolly scarf, was second in the poll with nearly 20 per cent of the votes, and Jon Pertweeâ€™s â€˜dandyâ€™ Doctor was third with just over 10 per cent. Tom Baker was the most popular Doctor amongst 36 to 40 year olds.

Paul McGann, who only played the Doctor in a one-off TV movie version in 1996 was the least favoured. Of all the actors to have played Doctor Who in the television series Sylvester McCoy was the least popular, only narrowly beating original Doctor Who William Hartnell who retired from the role in 1966.

New Doctor Who Matt Smith will no doubt be battling a variety of aliens in 2010 but perhaps his toughest challenge will be winning over the viewing public. Ewan McGregor was a clear peopleâ€™s choice to become the next Doctor, taking over 21 per cent of the vote, whilst Kris Marshall, star of the BT adverts and Love Actually, was placed second with just under 10 per cent. Russell Brand, Alan Davies and Stephen Fry all received more votes to be the next Doctor than Matt Smith.

When it comes to the nationâ€™s favourite Doctor Who assistant one young lady is light years ahead of the competition. Billie Piperâ€™s Rose Tyler received over 36 per cent of the votes to become the best science fiction sidekick ever. Captain Jack Harkness, played by John Barrowman, was second with 11 per cent and Catherine Tateâ€™s Donna Noble was third with 9 per cent. K-9, the robot dog voiced by John Leeson, was fourth.

Although the Doctorâ€™s regenerations are always dramatic the outcome is never that surprising. Matt Smith will be the 11th in a line of white, male actors to have played the role of the Doctor and according to this research some viewers suggest it might be time for a change. Over 26 per cent of respondents thought it about time we had a Doctor from an ethnic minority, whilst over 28 per cent of women and 23 per cent of men thought the time was right for a female Timelord, or perhaps that should be Timelady.

If the next Doctor were to be female Catherine Tate would be the most popular choice with over 15 per cent of British viewers choosing her to be the first female Doctor Who. However, it was a close run thing with actress Anna Friel taking 13 per cent of the votes and comedienne Jo Brand taking 10% of the votes to come in a very close third.

When it comes to villains it seems the Daleks are still the aliens we love to hate as they were voted the nationâ€™s favourite Doctor Who adversary by 48 per cent of the British public. The Master was second with 12 per cent pushing the Cybermen into third spot with 10 per cent of the votes.

Nicholas Hall, head of marketing at Gocompare.com, said, â€œEveryone has their favourite Doctor Who and David Tennant has definitely won over old and young alike to be voted the greatest Doctor ever. However whatâ€™s perhaps more surprising is the enduring affection for Tom Baker who hasnâ€™t saved the world for nearly thirty years yet for many people heâ€™s still the best.

â€œAs for the new Doctor, Matt Smith has a very tough act to follow and it seems the British public would have preferred the Tardis to be passed on to someone better known. Ewan McGregor would have been a hugely popular choice so perhaps one day he might be persuaded to switch The Force for a sonic screwdriver and save the universe as Doctor Who instead of Obi Wan Kenobe.â€
www.bbc.co.uk/doctorwho
Gocompare.com