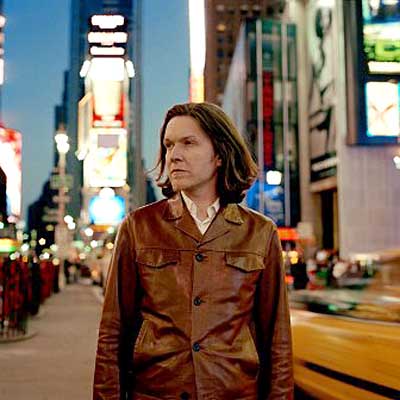 David Sylvian’s European tour in September/October first time in 4 years. On his reason for touring now, Sylvian writes:
â€œThis tour is in part a means of putting earlier chapters of my working life behind me. Of embracing the work that was done and, with a sense of finality, cutting the ties that bind me to it as a body, an entity. In the future if I return to this material it will likely be in the context of a new body of work with which it shares a connection. In this sense there’ll be a greater clarity regarding the content of future performances (should there be any). But we are by no means focusing exclusively on the past as we shall be exploring more recently recorded compositions, in particular those from the â€˜nine horsesâ€™ releases.
‘the world is everything’ will be a intimate show, in some ways an echo of the ‘slow fire’ performances of a decade ago only on this occasion I shall be supported by a trio of musicians, a line up which will include: Steve Jansen on drums and samplers, and bassist Keith Lowe.â€ David Sylvian, June 2007.

David Sylvian began his career as the lyricist, composer and vocalist with Japan, one of the most original and (initially) underrated British bands of the late ’70’s and early ’80’s. Sylvian went solo in the early 80â€™s and produced such classic albums as â€˜Brilliant Treesâ€™, â€˜Secrets of the Beehiveâ€™ and, in 2003, the powerfully radical â€˜Blemishâ€™. He has also made highly successful recordings with long time collaborator Ryuichi Sakamoto and Robert Fripp (with whom he also toured). Recent collaborators have included Christian Fennesz, Derek Bailey, Blonde Redhead and more recently Joan Wasser (Joan As Policewoman). He has also released recordings under the name â€œNine Horsesâ€ with his brother Steve Jansen and electronics composer Burnt Friedman.

â€œHis voice is unchanged from the ethereal croon that graced hits like â€˜Ghostsâ€™, and the music hails from another orbit, prompting a standing ovation for pop musicâ€™s most mercurial refusenik-turned-prodigalson.â€- THE GUARDIAN LIVE