James sported the traditional Father’s Day gift – a wacky tie – to mark the beginning of the fundraising drive. Debenhams is donating money to Everyman from all purchases across its menswear range in the lead up to Father’s Day (15 June). The retailer hopes to raise at least Â£100,000 for Everyman’s vital research into prostate and testicular cancer. 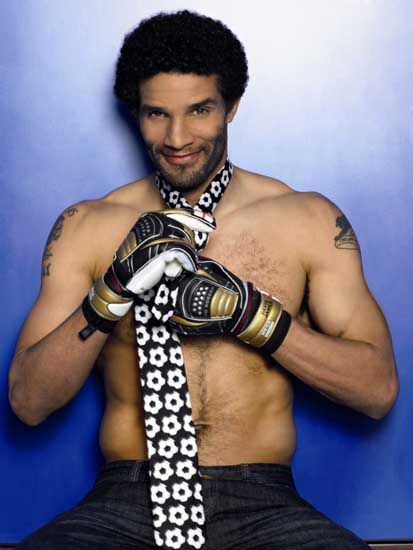 The Portsmouth footballer posed in his Father’s Day best in the changing rooms of Portsmouth FC’s Fratton Park. He said: “Around 37,000 men are diagnosed with male cancer every year – almost twice the amount of men that fill our great football stadium. I’ve known healthy footballers who have been diagnosed with testicular cancer and it brings it home that it could happen to anyone – even your dad – so support Everyman this Father’s Day.”

Spokesperson for the Everyman Male Cancer Campaign, Dominique Vincent said: “It’s great that Debenhams has come on board to raise awareness of such an important issue. Together we hope to quite literally save lives.”

David James has been a dedicated supporter of the Everyman Male Cancer Campaign since 2005, after a friend was diagnosed with testicular cancer. He has also stripped off to appear as a naked centrefold in this month’s issue of Cosmopolitan magazine to mark the 11th annual Everyman Male Cancer Awareness Month. For more information visit everyman-campaign.org