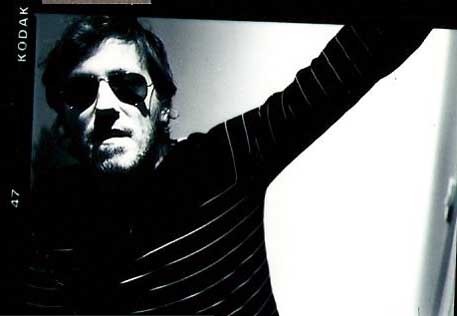 DJ and soundtrack artist David Holmes has curated a season of the films which have most inspired and influenced him, for QFT. Entitled Holy Pictures, the season will run at QFT from Friday 29th May to Thursday 4th June and will feature work from artists and composers including Ennio Morricone, John Barry, Kraftwerk and David Bowie. 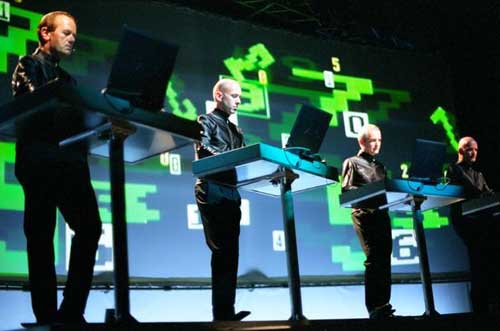 Speaking about the season, David Holmes said:
“These films represent the many ways in which music and sound can be orchestrated, manipulated and simply placed in film to create moments of pure magic.”

The season opens on Friday 29th May with Daisies, a surrealist comedy way ahead of its time which uses unconventional film techniques in its telling of two girls’ wholeheartedly creative way of destroying what surrounds them.

Classic political-thriller The Battle of Algiers (Sunday 31st May) gets more important with each passing year, providing as it does fascinating insight into terrorism, guerrilla warfare and state control. An urgent recounting of the war between French colonial forces and Algerian rebels, the film is a masterpiece of vivid you-are-there action and compelling procedural detail.

Michael Winterbottom’s dystopian thriller Code 46 (Monday 1st June) is a sci-fi noir set in the near future, revolving around two people struggling to find solace in a world of disorder – a world where cloning has become so widespread that total strangers can in law and biological fact be siblings. The atmospheric score by the Free Association (David Holmes and Steve Hilton) is truly evocative.

A charming vignette of 1960s Bronx life, The Wanderers (Tuesday 2nd June) follows the lives of boyhood friends and Italians-only gang, the Wanderers, as they fight their local gang rivals and struggle to make it to a big football showdown. The soundtrack features classic tunes by Dion, the Shirelles and the Four Seasons.

Filmed in Paris in 1970, Les Stances Ã  Sophie (Wednesday 3rd June) is a ‘lost classic’ from the French new wave which explores post-’68 society – feminism, art and music – and examines social aspects of middle-class life. The film is now perhaps best known for its incredible soundtrack from the legendary Art Ensemble of Chicago (who also feature in the film) with guest vocalist, Fontella Bass.

One of the most striking feature debuts in British cinema, Chris Petit’s cult classic Radio On (Thursday 4th June) is a haunting blend of edgy mystery story and existential road movie. Following a young London DJ (David Beames) on the road to Bristol to investigate the mysterious death of his brother, the film offers a unique, compelling and even mythic vision of a late 1970s England. Driven by a startling new wave soundtrack featuring David Bowie, Kraftwerk, Ian Dury and Wreckless Eric, the film also reveals an early screen performance by Sting.

For further information and booking for all the films in the Holy Pictures season, please visit www.queensfillmtheatre.com