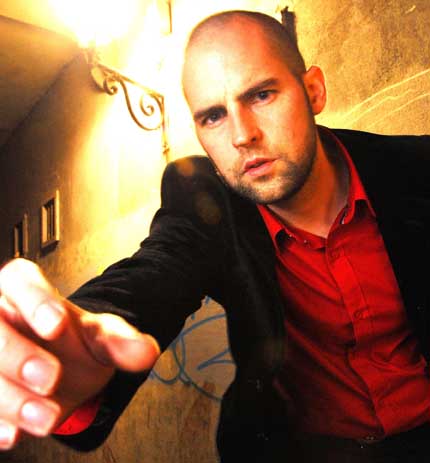 David Geraghty from BellX1 will be performing and signing copies of his debut solo album â€˜Kill Your Darlingsâ€™ at HMV Grafton Street Dublin store, on Thursday 13th September at 5.30pm

Taking time out from BellX1 (who he is still very much a part of) and with time on his hands following Flock,Geraghty has decided to explore his own personal musical leanings.

The result is â€˜Kill Your Darlingsâ€™, a ten track personal reflection that tips its dark, broody hat to the work of Buckley, Martyn and Drake. The album features many well-known talented performers: Clare Finglass brings her Julie London styled dusty tones to the recordings; drummer Kevin Brady and double bass man Dave Redmond inject a smoky, backroom feel; and Cora Venus Lunny adds majestic violas and violins. Geraghty confidently grips his new sound in a tight embrace, welcoming influences from outside the rock arena, the jazz and country flavours bringing a new dimension to the old time songwriter aesthetic.

â€˜Kill Your Darlingsâ€™ marks a strong arrival for the solo work of Geraghty, which will continue to co-exist alongside his collaborative work with BellX1.

Shaun Pritchard, Manager of HMV Grafton Street comments, â€œPast BellX1 performances have been among some of the best in store events we have done. This will be a busy event and a great chance to see David Geraghty in a solo setting. Iâ€™d advise fans to get down early for this one as it is going to be a great performance!â€