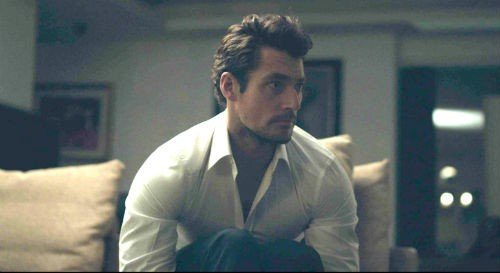 In this short film (by Jaguar) the model describes driving cars as “the ultimate escapism” from his hectic life as he drives some of the most beautiful sport cars through history, from the C-Type, E-Type and XKSS, through to the very latest F-TYPE.

In the video, Gandy discusses his passion for driving; “that feeling of freedom, just you and the car” and how driving is his ‘meditation’.

Throughout, he wears the same Persol sunglasses as one of his icons, Steve McQueen, who famously owned a Jaguar XKSS. 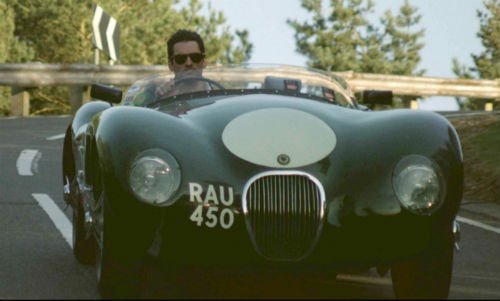 David was there in person to share the film with Revival visitors on the Jaguar stand in the Earl’s Court Motor Show Exhibition. 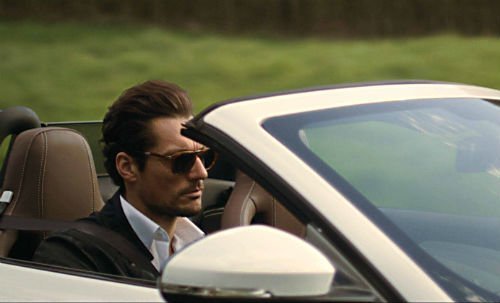 David Gandy says: “Jaguar, with its unique, seductive design and high performance engineering is making the world fall in love all over again with the classic British two-seater sports car.

It was such a pleasure to take a journey in some of the most fabulous cars in automotive history through to the new F-TYPE, which more than lives up to its sporting predecessors.” 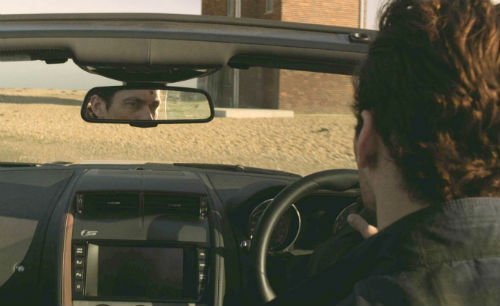 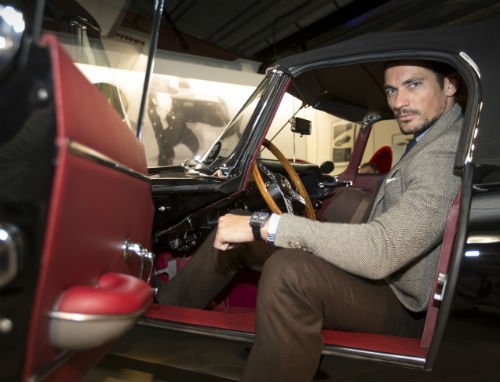 Earlier this year, Gandy was part of the Jaguar Heritage Racing team at the Mille Miglia, a one thousand mile celebration of a vintage car race held in Italy.

David partnered with British fashion icon Yasmin Le Bon in a classic Jaguar XK120 on the event. He describes the exciting and challenging event as ‘one of the greatest adventures of my life’.