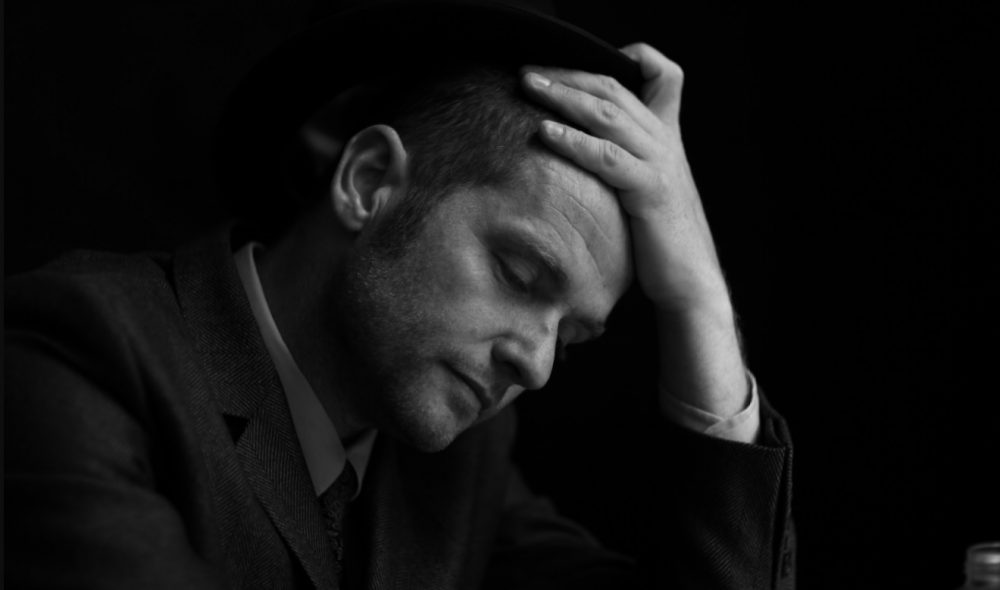 David Ford returns with a collection of freshly engaging, blues rock gems, about…economics. ‘Animal Spirits’ is out on 11th May via AntiFragile Music.

Hello David! Please introduce yourself to our readers:

Hello dear reader. My name is David Ford, an artisan songbuilder and wordsmith from southern England.

What’s your new single ‘Why Don’t You Answer Your Telephone?’ all about?

You really want to know?

Ok then here we go:

This is part of a collection of songs about the scary and complex world of economics and “Why Don’t You Answer Your Telephone?” is the most opaque among them. Essentially, it’s a song about the dangers of not knowing. I’ll get back to that later, first some context.

The central premise of the album ‘Animal Spirits’ is the suggestion that the economic landscape is shaped more by human psychology than it is by hard science and mathematics and that as a consequence, the frailties and shortcomings of the global economy stem from our innately emotional, erratic, often irrational human behaviour. So the reason the housing market exploded a decade ago is the same as the reason you can’t get over your old girlfriend. The failure of credit ratings agencies to evaluate complex financial derivatives with sufficient accuracy is related to the feeling of insecurity we feel wearing swimwear in public. And so on.

So the challenge in writing these songs was to find more emotive human stories and settings to parallel some of these quirks of economics which, although fascinating, are just not the stuff of rock and roll.

Back to the song: In economics, so the theory goes, a perfect market can only exist when all parties have complete and accurate information. I would suggest this to be a rare or even impossible situation in any human interaction and I wanted this story to be about a world falling apart as a result of the not knowing.

Why Don’t You Answer Your Telephone? is all about what we don’t know, don’t see, conversations that never happen. It’s a story only partly told. I don’t know the character in the song, where he is, what he’s done, just that he’s in trouble. This could be a murder ballad but I don’t even know if there’s been a murder, and I wrote the damn thing. I wanted to paint a picture of a world gone bad because of imperfect information.

Your album ‘Animal Spirits’ is out in May – is there a general theme that runs through it?

You’ve been compared to the likes of Tom Waits and Benjamin Booker – would you say they’re fair comparisons?

I feel I should probably stick to short answers from here. So… yes, I have had far worse comparisons.

What was it like winning France’s Victoires de la Musique award for ‘Original Song of The Year’ in 2014?

It was surreal. At the time I had never performed in France, nor released a record there. A song from one of my previous albums was dug up and recorded with an entirely different lyric by a 70 year old French rock legend. I heard nothing more about it until summoned to Paris on 48 hours’ notice to walk onto a stage and pick up my award as composer of France’s best song of 2014. I returned home and my life remained very much unchanged for the experience but I now have a pretty statuette on top of my piano.

You’ve supported the likes of Elvis Costello, Ray Lamontagne and Aqualung, which was your favourite to perform?

I also once supported Chubby Checker. He was the best.

In your decade long career, whats been the highlight so far?

Now I don’t want to be that guy who pulls out the lame touchy-feely answer because I really have no time for that shit. But I genuinely feel as I rapidly approach my forties, having not needed a day job since I was 22 and having never tried to be famous nor pander to what might be the commercial appetites of the day, still finding joy and challenge in the writing and performing of songs to the best of my ability, the highlight of my career was this morning when woke to find I get to do it all over again.

Touring in the Spring and Summer. I’d like to visit Italy. Then I have no idea. I don’t like to make plans too far into the future and thankfully, I don’t really have to.

Yes lots of them in the US and UK in May and June.

There you will find links to all the usual online shenanigans. I am a reluctant and sporadic user of social media but every now and then you might see me pipe up with something interesting.