Proper Records announced a partnership with Weapons of Mass Entertainment and Surfdog Records for the release of an exciting new album project from Artist/Producer/Director and Eurythmics co-founder, Dave Stewart. His new album, The Blackbird Diaries is set to be released in UK and Ireland on Monday, June 27th 2011. 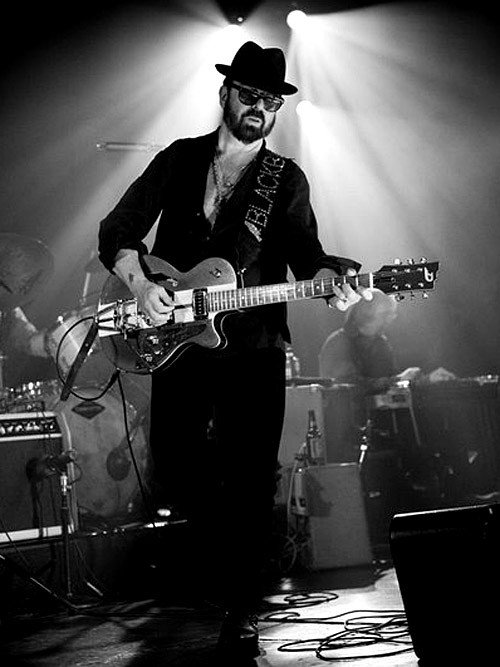 Recently completed in Nashville , the album was produced by Dave Stewart and Mike Bradford and was recorded and mixed by John McBride at his famed Blackbird Studio. The Blackbird Diaries is set to feature all new material including a co-write with Bob Dylan as well as duets with Stevie Nicks, Martina McBride, Colbie Caillat and features The Secret Sisters.

Dave is backed throughout the album by a stellar assortment of musicians on the album including guitarist Tom Bukovac, drummer Chad Cromwell, bassist Michael Rhodes, steel guitarist Dan Dugmore and Mike Rojas on piano.

As an integral part of Stevie Nicks new album, ‘In Your Dreams’, (he was co-producer, co-writer, photographer, performer and movie director) Dave has been invited by Stevie as her special guest to perform at Webster Hall in New York City on May 4th.

“This was my favorite time ever in the studio, I wrote most of the songs on the spot and recorded all of them in one incredible session lasting 5 days and nights!,” explains Dave Stewart. I made an unusual film of the process that not only features all the musicians and performers but also gives away some of my writing secrets which involves both a well known fortune teller and hypnotist who allowed themselves to be filmed in session with me.”
davestewart.com
theblackbirddiaries.com
twitter.com/DaveStewart