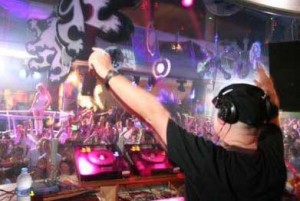 After his sell-out gig in Newry last month Radio 1 legend Dave Pearce returns to Northern Ireland for the second leg of his Trance Anthems 2009 Tour on Saturday 25th July.

Pearce has sold over one million compilation albums in the UK as well as hosting television shows, compiling award winning movie soundtracks, presenting radio shows on both sides of the Atlantic and creating one of Britain’s most successful record labels; NuLife.

He is currently enjoying a summer DJing in Europe’s favourite holiday destinations including clubs in Mallorca, Gran Canaria, Tenerife, Corfu, Rhodes and Zante.


His Dance Anthems radio show continues on BBC 6 Music every Sunday evening and he has just started a six-part guide to disco culture on BBC Radio 2.

And with a weekly Trancecast on iTunes and gigs throughout the continent confirmed for the remainder of 2009 the media-friendly jock remains one of the most popular and in-demand artists on the dance music circuit – his performance in Coast certain to draw fans from right across the country.

Robbie Nelson joins Pearce in Newcastle having just completed a number of new productions and remixes.

His track ‘Aviator’ has been picked up by the Crashing Waves record label for a summer release, while remixes of Alex Kunnari – ‘Sunrise’ and Ciaran McAuley – ‘Forgotten’ are set to hit download stores in the coming weeks.

Nelson has also mixed CD 7 of the Trance World compilation series for Armada Music, which is in stores now.

And with glamorous gigs in Asia, a tour of Australia and appearances at some of the world’s biggest festivals already undertaken in 2009, the ‘El Nino’ and ‘Holding On To Nothing’ producer continues to be at the forefront of the world trance scene.