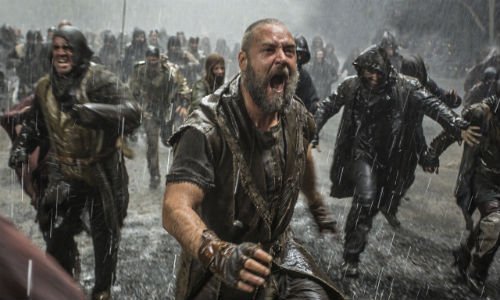 “One of the first promises I made to Russell Crowe when he took on the role”, says Noah director Darren Aronofsky, “was that ‘I promise you won’t be standing on a deck with two giraffes sticking out behind you'”. Here’s the video interview with PETA US:

“When you’re doing Noah’s ark, of course you’re going to be dealing with animals – that’s the whole story”, Aronofsky says. “Immediately, it would be very questionable to start taking sentient creatures and sticking them on a set .… [I]t’s kind of against the actual themes of the film.” Ultimately, he concludes, “It’s undoubtedly a more realistic, truthful film … because we were able to create our own animal kingdom”. 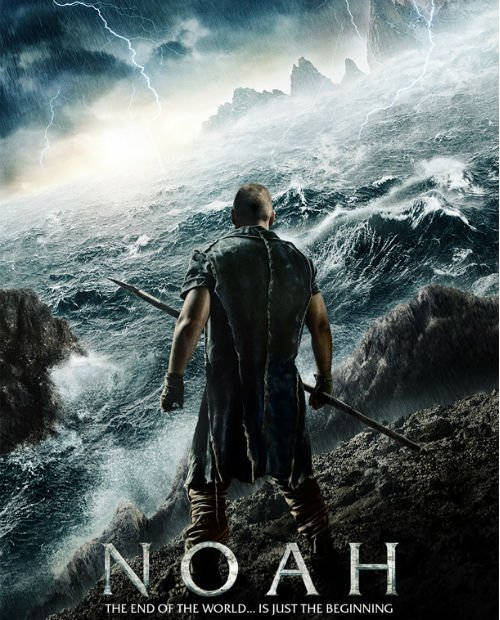 Aronofsky also shares his experience working with live primates on 2006’s The Fountain. “I was pretty alarmed with the condition that they were being kept in”, he says. He also points out that adding digital animals in postproduction saves an enormous amount of time and money. “You’re gonna spend a lot more time on set dealing with a live animal”, he says. “There’s really no reason to do it anymore because the technology has arrived…You can pretty much bring anything to life.”

As technology progresses – and as filmmakers learn about how animals suffer from deprivation and abuse in the entertainment industry – the use of digital effects to portray animals is increasing. Aronofsky cites Rise of the Planet of the Apes’ and Avatar’s successful use of digital imagery. In addition, PETA US’ TV spot “98% Human” – which uses cutting-edge technology to address the plight of great apes used for entertainment – won top honours in visual effects at the prestigious Cannes Lions festival, and the top 10 advertising agencies in the US have signed PETA US’ Great Ape Pledge never to use live apes in their projects.