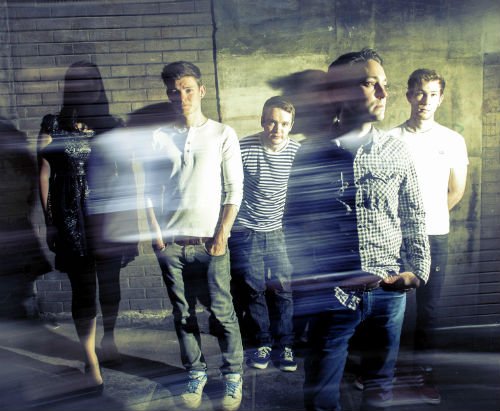 Dante are something a little different. Hailing from Scotland, the band pull upon traditional folk influences whilst still maintaining a modern sound that should pull in fans from across the folk and lo-fi indie genres…

Hello how are you?

Really good. The sun is shining and I have an ice lolly and a beer. Yourself?

It’s a busy summer for Dante with a number of festival appearances and a tour. How have you been received so far?

It’s been brilliant – the show at Heb Celt has been a particular highlight so far. We’d never played a main stage before and every aspect of of our experience at the festival was the opposite of what we’re generally used to. No M&Ms for tea at that one! It was all venison burgers and great coffee. The crowd were also fantastic – really appreciative and friendly. I highly recommend getting to Lewis next year if you can make it. 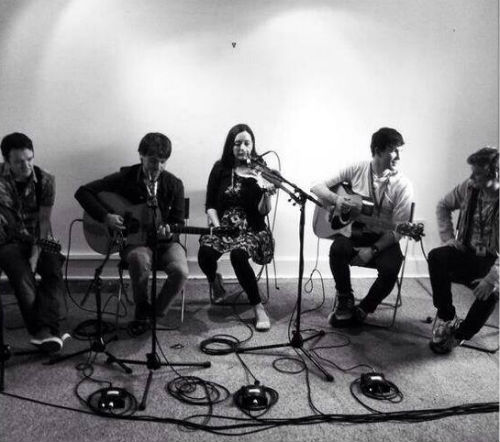 You feature members of The Birthday Suit and Aberfeldy. How did you all come together?

Vicky, Steve and I met at Uni. We’ve actually been going for longer than The Birthday Suit, but Dante used to just be my friends and I releasing limited edition vinyl from my flat. I learned a lot from Rod (Idlewild & TBS), through osmosis really, and decided to take Dante a lot more seriously a few years ago. Stuart and Ruaridh joined about that time and we made the album, Wake.
Ruaridh played drums in my brother’s band, Sta Light Striking Power, so I stole him and Stuart is a brilliant musician so I handed him a bass. He took to it like a Shetlander to an alcoholic beverage.

You are originally from Shetland. What is the music scene up there like?

I’m not sure I would describe it as a scene – it doesn’t really seem right. It’s more just part of the culture up there. Very country and folk-centric, and there’s absolutely nothing wrong with that, but my favourite bands always did something a bit more. Check out Bongshang or Drop the Box. 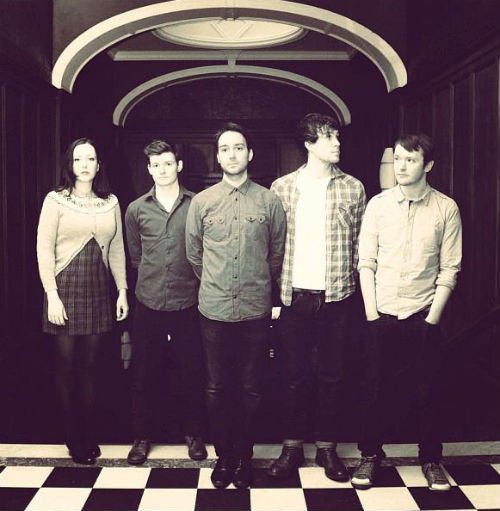 In conjunction with your tour you have released the single ‘Wake’. What is the inspiration behind the track?

It’s about Shetland I suppose – I wrote it as a kind of first person story about the deconstruction of community. It’s a bit heavy I know, but I did get to use loads of boat words as metaphors in the song. Anchor, Wake, Bow etc.

‘Wake’ was taken from your debut album. How do you go about the writing and recording process?

I’ve got a home set up so we do a lot of recording here. Drums we usually have to do elsewhere for obvious reasons but it’s great being able to relax when recording without worrying about how much each hour is costing. As a result, the writing and recording processes kind of merge into one. In saying that, the process has changed as we work on the new album as we’re writing a lot more as a band.

Your sound is quite niche melding Celtic, folk and indie influences. Did you expect the album to receive such critical acclaim?

Not at all. I always thought it would be far too indie rock for folkies, and too folky for indie-rock… -ies? We’re all very chuffed at how well things have gone in the last year.

Where do you think you fit in the current musical landscape?

I reckon we’re not a million miles away from the likes of Frightened Rabbit or the later Idlewild albums. At the same time, and at the risk of sounding self-congratulatory, I also don’t really hear anyone else doing exactly what we’re doing. There’s definitely a lot more trad-sounding melodies in our music and we make no apologies for our love of Scottish folk. It’s a difficult balance to strike, however. Stuart and I really look up to Martyn Bennett – he managed to display a real passion for traditional Scottish music and traditional arts without it seeming kitsch or tacky. See the common wealth games opening ceremony for an example of the latter…

Are there any bands currently that inspire you?

Loads, and for lots of different reasons. Broken Records put on one of the most pro live shows I’ve seen in a while at Go North in Inverness a few weeks ago. I was also lucky enough to see the new incarnation of Idlewild this month and it was inspiring to see them put on a really dynamic and powerful show without relying on overdrive pedals and smashing cymbals. The new Conor Oberst record is getting a lot of spins at the moment and he played a blinder in Glasgow the other night. On top of that? I caught The Bad Seeds and Sigur Ros at the end of last year and was completely awe-struck.

After some extensive touring this summer what are your plans for the future?

We’re about a third of the way through our new album at the moment and we’re planning on growing the Dante family a little for future live dates. We’re starting to think a lot more about how we arrange our songs, both live and on record. We’ll be putting out a new EP shortly and the second LP will hopefully be out early next year.