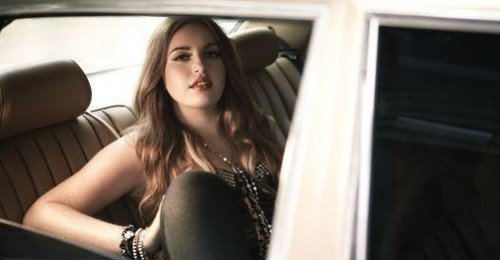 18 years old, rising songwriter and pop star princess Daniela Brooker talks to us about her career to date, highlights so far and future plans.


Hi Daniela let’s jump in straight away here, what was it like touring with The Saturdays, how did your set go down?

It was great! I audience seemed to really like my set which was very exciting for me.

I did nearly fall off stage in one of my first shows because I was whipping my hair so much I lost balance.

You also got some US dates from that successful tour how did they come about, was that an enjoyable experience?

I was the face of hard rock cafes /pinktober’ which is raising money for breast cancer research. So i toured the states playing at different hard rock venues and then I played various clubs and music venues aswell which was such an incredible experience to perform to an American audience.

Your new single ‘Forget About Yesterday’ has been receiving some airplay. How does it feel to be popular and in demand as an artist?

I’m still up and coming so I haven’t had huge amounts of airplay but I have had a couple spot plays on national radios. It is very exciting to hear them on air and I cant wait for more people to hear it. 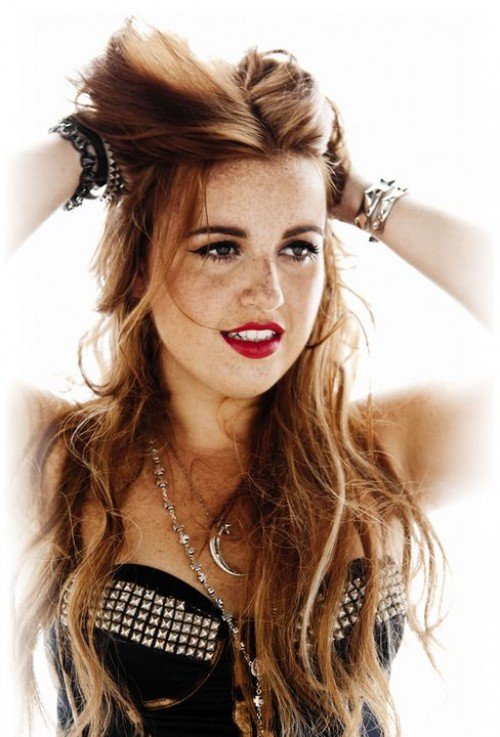 You have found fame relatively early, has it changed the way you’ve grown up do you feel?

Well I wouldn’t say I am famous. My aim isn’t to be a celebrity/ famous. I just want to make music people love to listen to and be able to play to big audiences.

Was your dream always to be a performer?

Yes. Music has always been my dream. I love acting too.

You’ve worked with some well-known producers and artists already, have you any collaborations you’d love to see happen?

I would love to work with Ron Fair. He has produced for so many incredible acts!

What are your plans for the rest of 2012, can we expects more CD releases and tour dates?

I will be releasing an album in the summer which I am working on at the moment. I will also be playing at some music festivals this summer too!!!

You have been likened to vocalists such as Fergie (Black Eyed Peas), Christina Aguilera and Shakira, how do you feel about those comparisons?

They are all such flattering comparisons. Christina Aguilera has definitely been a massive musical influence to me. I used to impersonate her when I was younger.

Your songs have a certain rock influence at times, is that a genre you enjoy personally?

I love all genres. I definitely love alternative music as well as mainstream. i think as a songwriter you have to be open to all types of genres.

Who inspires Daniela Brooker as an artist?

Artists from Etta James, Steven Tyler to Beyonce and Gwen Stefani have all influenced me.

Do you still have time to hang out with your friends and do teenage things?

It depends on what I’m working on at the time. When I am touring I don’t see my friends for a few months but when I’m recording an album like now, i get to see them more as I am in London.

I always try and make time to live life to get inspiration for my music.

Finally, there have been a number of teenage pop stars in the past, many of which have went on to superstardom. Where do you see yourself being in five years’ time?

I would like to have a few albums out and be touring on my own headline show.

UK songwriter Daniela Brooker is the latest name to join an impressive roster of artists to perform at this year’s Guernsey Festival promoting her new single ‘18’ (out May 28th).

The Guernsey Festival will be held on the Channel Island over the weekend of 23rd and 24th of June. Daniela will kick start the festival season in sensational style on Saturday’s Main Stage.
guernseyfestival.gg
danielabrooker.com
facebook.com/danielabrooker
twitter.com/danielabrooker