On May 17th, Moby will release â€˜Wait For Me. Remixes!â€™, an album consisting of reworked versions of tracks from the critically acclaimed â€˜Wait For Meâ€™, released through Mobyâ€™s label â€˜Little Idiotâ€™ last year. Moby has enlisted some of dance musicâ€™s biggest names for the project including Tiesto, Laidback Luke, Gui Boratto, and Carl Cox. 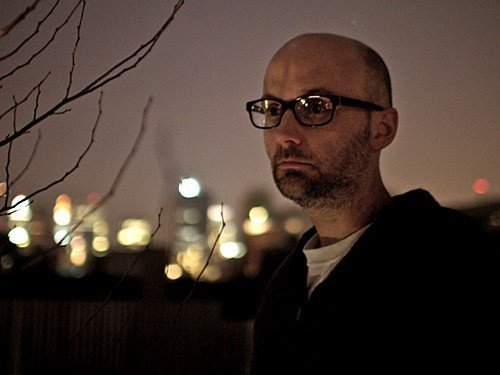 Tiesto, on his remix…”Its always an honor to remix Moby. He’s a legend and a true electronic music pioneer. I chose â€œShot In The Back Of The Headâ€ because it was a track that i’d always enjoyed and connected to emotionally. I wanted to do something a little tougher and darker with the remix. I’m really happy with how it came out.”

Carl Cox commented, â€œMoby has been such a major part of the electronic scene its always a pleasure to work with him. â€œWalk with meâ€ stood out instantly as a track on the album I wanted to remix with itâ€™s haunting vocal and spiritual sound, I wanted to really push my limits production wise with this remix. Bringing an electro tinge to the track and a constantly building drum infused bassline which really draws you in, this remix really stands out for me from the style of music I am normally associated with…â€

And Laidback Luke said, â€œ’Wait For Me’ instantly grabbed me with the piano melody and the
melancholic atmosphere. I thought back to seeing footage from Moby playing my track ‘Shake It Down’ at Ultra Music Festival during Miami Winter Music Conference. So, I made a techy / melancholic rework / â€˜Shake It Downâ€™ type remix!â€

â€˜Wait For Me Remixesâ€™ is released on Little Idiot and will be available on digital download and double disc CD, disc 2 being an exclusive Moby DJ mix.

Proceeding the release of the remix album, Moby will release new single â€˜Wait For Meâ€™, the title track from the original album, on May 3rd. The single comes backed with b-side â€˜Gone To Sleepâ€™, a brand new, previously unreleased track, plus an acoustic version of previous single â€˜One Time We Livedâ€™, and a hefty remix package including Laidback Luke, Yousef, Paul Kalkbrenner, Jean Elan, Zodiac Cartel, Villa, and Christoffer Berg (Fever Ray).

Moby talks about his inspiration for the single…â€œI was listening to the first Black Flag album, Damaged, and some of the lyrics on that are so despairing and harsh. So I had that little piano riff and I wrote the lyrics around that â€“ itâ€™s just a mournful song of quiet despair, strangely enough inspired by Black Flag. Theoretically, I feel like Henry Rollins could have written the lyrics, even though the song is quiet and pretty. Thereâ€™s nothing thatâ€™s not mournful about the lyrics; thereâ€™s no subtlety.â€

Moby commissioned a video for â€˜Wait For Meâ€™ from previous collaborator Jessica Dimmock, an award winning documentary photographer from NYC who was responsible for the original press shots from the Wait For Me campaign. In addition to this, Moby has launched a video competition on www.mobygratis.com where film makers have the chance to make an alternative video for the track.

Moby has unveiled a brand new website focused entirely on his forthcoming ‘Wait For Me. Remixes!’ album, which is released on the 17th May: www.waitformeremixes.com