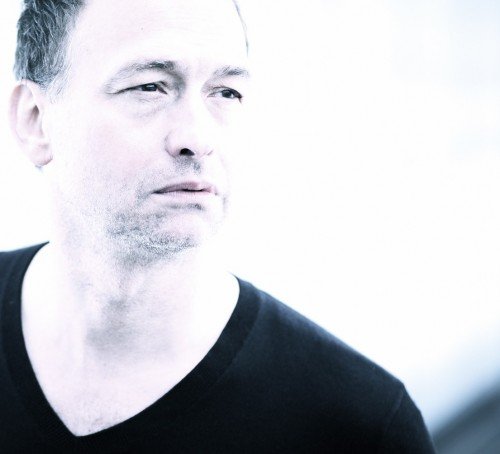 We do like smart people, so check out our Q&A with Canadian musician/scientist Damian Cox about his music, crazy wisdom, PhD theses and the fine line between genius and madness.
In 5 words, who is Damian Cox?

You just released the free track “Freaks” – what is it all about?

I was learning at the time about the concept of “crazy wisdom”, and I guess that found its way into the transmission (see answer to question 5 below).

It also likely comes from an admiration for the free thinkers who society first ostracises, only later to realize were on a higher plane than the rest of us. The fine line between genius and madness, perhaps. Copernicus in science, Blake in literature … there are many examples.

You spend most of your time travelling the world, what’s your favourite place in the world and why?

So many places are wonderful, each in their own unique way — but nowhere has the people, the colours, the smells, and overall vibe resonated with me more than in India.

How would you say music differs from country to country, scene to scene?

With respect to music from different countries, that could be (and probably has been) the topic of about 1,000 PhD theses! With respect to scenes and genres, I have been most struck by the differences in the way musicians present themselves. In the world of electronic music, for example (see answer to question 9), the aesthetic can be one of restraint; photos, appearances in videos, and interviews can be used very sparingly.

The effect is to minimise personality – which paradoxically can lead to the creation of mystique and an enhanced interest in personality and emphasise the music. Even live, I recall seeing Aphex Twin play his whole set from his laptop sitting in a Wendy house – you only saw him briefly going in at the beginning and getting out at the end!

In pop, in contrast, the tendency is to disclose everything from one’s favourite colour to one’s personal hygiene habits. Live, you need to fly upside down in a blaze of pyrotechnics, and appear in public wearing a dress made out of meat. Of course there are pros and cons to both approaches, my point is just that they strike me as very, very different.

What influences the way you write music – is it your life experiences or other bands and artists?

It may sound ridiculous, but in a way I don’t feel like I ‘write’ songs in the conventional way of sitting down and saying “I am going to write a song now”. Instead songs come to me in a kind of a flash. I call them “transmissions”. It’s like someone else wrote them and them put them into my head.

Sometimes they are whole songs, lyrics and all. Sometimes they are partial, and so I have to fill in some lyrics, for example. I get a lot of choruses, and have to wait until the verse is transmitted later. It’s hard to take too much credit for the songs, because I don’t sit there laboriously trying to create a song; as I say someone else transmits them to me. Maybe it’s aliens.

But if it is, they know a lot about me, because, finally to answer your question, Yes, the music clearly contains elements of my major musical influences, and the lyrics are nearly always about what I have been ruminating about around the time.

What are your plans for the rest of 2012 and beyond?

First we’re releasing the double A-side CD, and need to work on a video, and do some recording for the next double A-side. Then the album!

If you could support anyone on tour, who would it be and why?

The Beatles. You did say anyone.

You have the chance to create your “dream band”, dead or alive, who are the players?

To be honest, I am already excited enough to be playing with the lads on these latest recordings. They are the Canadian platinum-selling band The Odds, who are great blokes, and such great players, e.g., drummer’s played with Bryan Adams; bass player with KD Lang; they toured as Warren Zevon’s band, perfect for Damian Cox.

From the last few years, who are your favourite “new bands”?

Like many people who have listened to a lot of music in their lives, it gets harder and harder to find material that surprises (and therefore really excites) me, at least in rock/pop.

I like to listen to electronic music that uses technology in new ways to combine different styles and make something new – the stuff I’ve liked has gone by the unfortunate name “Intelligent Dance Music”.

I listen to a lot of world music, experimental music, chanting. Having said that, I do think Jack White is a bit of a boy genius, and some bands like Garbage and Radiohead have put out new(ish) material that I like.

Finally, if you won the lottery but could only spend the money on your music, how would you spend the cash?

Build a studio! The first recordings I did with the Odds were done in Craig Northey’s studio at his home and I was very jealous that when inspiration hit, he could just nip down to his studio and lay something down.

Sure I do the same now, using laptop and GarageBand, until I can get into proper studio of my own, but it’s just not the same!

Read about Damian’s weird and wonderful journeys on Coxplorations