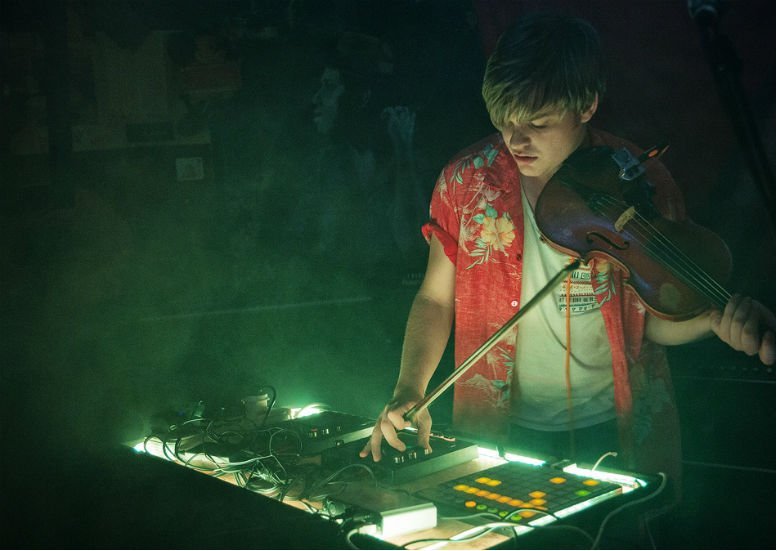 Galway’s producer Daithi shares his mesmerisingly beautiful and stylish remix of ‘Dust’ by Waterford band Tell No Foxx. This is clever Saturday night dancefloor pop at its best.

The fiddle-playing, house-making, hair-flicking bundle of energy talks to us about his new remix, making music, summer festivals and dancing through the pain of a break up…

Can you talk a bit about your new track?

This track is a remix of a song by another Irish act, called Tell No Foxx. When I came across the original song the first thing that hit me was the vocal melody, it has a really strong rhythmic aspect to it, which I could really see sounding good with a house beat. I like house music with a lot of feeling in it, so I wanted to make the track feel kind of melancholy, but with a lot of energy. I wanted it to sound like dancing through the pain of a break up, in a dark room full of people.

Collaborating with Moloko would be great, wouldn’t it? It would be cool to work with someone who wouldn’t usually feature on energetic dance music , so I’d love to hear what Feist would sound like on a house track. Apart from that I think Little Dragon and Sampha have some of the best sounding vocals in dance music.

At the moment I’ve been inspired by a lot of stuff from the UK dance label Greco Roman, people like Joe Goddard and Totally Enormous Extinct Dinosaurs. They have a really good outlook on dance music, really focused on keeping it fun. When it comes to non-musical influences I listen to a lot of podcasts, things like This American Life and Radiolab.

I try to listen to as many different styles and genres as possible, I think it’s important to do so when writing music. Recently I’ve been listening to a lot of RnB/pop from America, stuff like Tinashe or that latest Childish Gambino record, and I’ve been getting back into grime again too. My favourite record last year was Our Love from Caribou.

I just finished a tour last month where I played beats mixed with an analog bass synth, and then I play looped live fiddle over the top of everything. It was a completely improvised show, so much fun. All about feeding off the crowd and really going nuts. I love playing live, I don’t think I could be stuck behind a laptop all the time. Im going to be doing festivals in the summer, starting with Longitude here in Ireland.

I’m currently working on my next official release, which should be out by the end of the year. I have a studio in my native city Galway which I go to everyday, I’m fortunate to be able to do music full time.