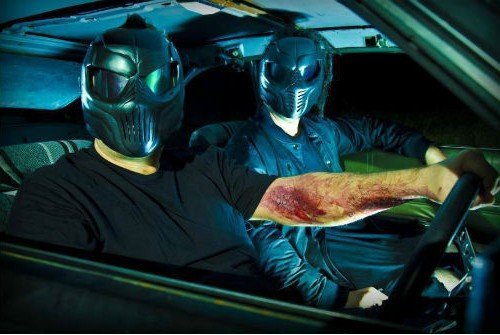 Cyberpunkers, are back with their butt-smacking ‘Shock’ EP. The Cyberpunkers project is the child, born in 2006, of the passion for Cyberpunk culture of two young Italian DJ’s…a clever transposition of the Cyberpunk world in modern clubbing.

What is the idea behind your EP ‘Shock’

With this EP we returned to our historic sound, the one that has allowed us to get visibility and performances in clubs and festivals in the world. The track “SHOCK” fully reflects our style of music “electro-punk” that we love so much and which makes us different from the production-clone that we are hearing in the last 2 years by many artists who came from the underground to EDM music.

The idea was to produce a stuff banger with drop explosive with sure impact to any dancefloor and the results are so good, indeed. With “BEYOND THE COVER”, we have reproduced the melodies to which we fascinated for a long time (see Kabala for example) where you can explore with your mind and get involved until the violent drop who gives a shock to the heart.

“BLOW” reflects a sound easier but does not go into the background, dance especially designed for women .. but not only 🙂 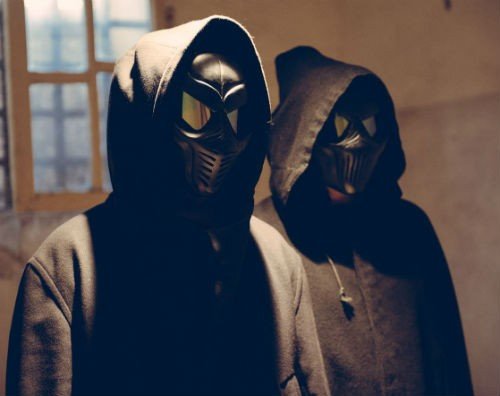 Tell us a bit about† your early days in 2006 in Milan and how they differ from now?

oh my God, it’s really long time since 2006. we remember with pleasure because was the years of the beginning of Cyberpunkers, the years where two young Dj’s meet each other workin in the same club, and decided to create the project that, after 7 years, brought them all around the world, exalting thousands of young people of every race and color.

What we could say? 2006 is our Year Zero, when all had life. Now we stay in Milan not too much, so we cannot do the compare to 7 years ago when we were young boys following their dream, we grew up and so we had a vision of mature boys who keep on the dream realized years before.

How is the Cyberpunk culture now?

Do not hide behind a finger, cyberpunk is present in all of us because in recent years the technology has made its way into every home, in every office and even in every man. The fusion of man and machine has already begun and the birth and growth of social network is a clear example. Now no one can live without a smartphone and social networks, so you are Cyberpunkers too! 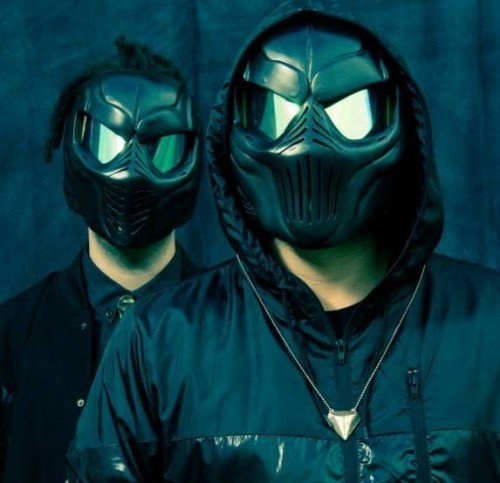 We have not had any kind of problem, for now, because our German label Freakz Me Out has always given full opportunities to be able to create our own set-recording and promotional smoothly. is the recording industry that has trouble with the artists, especially with the bigs of the music world because with the crisis dictated by the born of the MP3 music and Peer-to-Peer, fail to sell more million CD or MP3 as one time and then find it hard to focus on young talents.

When they do, very often, require the percentage concerts and live performances to promote the financiers of the artist. Is there something wrong with the system of the music industry, if I give you a percentage of live shows to promote myself, i do it by myself and i produce alone, isn’t it?

What was the last gig you played, what† did you think of it ?

We come from 2 very interesting weekend in Colombia and South Africa, where we have a fanbase of all respect and where the people have fun without killing of synthetic drugs and alcohol. The South American public loves us, perhaps because of our origins Latin Mediterranean as well as the music that excites them so much.

Now we’re touring Europe and will do until the first months of 2014, then Asia, United States and Australia waiting us in the following months. Our manager Francesco, who immediatly believed in the project CYBERPUNKERS and has grown artistically and managerially with us. We started without knowing anyone and through our sound we arrived where no one expected, perhaps even ourselves. The power of Internet and our productions has made known the Cyberpunkers to the whole world.

The owner of our label Ingo that kicked off our partnership in 2008 and still supports us in all our output. But most of all ourselves, without pushed aside the largest and most famous djs, we were able to create our own little space in the underground clubbing and musical productions worldwide. Applause to this small crew, but with a real passion … the music!

We love playing with the console closely the public touch and shake hands during set makes us feel alive and seeing the joy in their eyes after I shook his hand is priceless. We also love Festivals, even if the public is far and see thousands of people dancing your sound always leaves us amazed as the first time.

From young boys, although we have different ages, we have taken two similar music ways, we feel deeply affectionate to artists such as Norman Cook (Fatboy Slim), Chemical Brothers, Bjork, Air, Basement Jaxx,† Daft Punk, Beastie Boys, Cassius, Moby, Prodigy and all Techno 90’s “909 Style” but also (sorry the mix) Sex Pistols, Ramones, The Clash, Korn, Nirvana, The Offspring, System Of A Down, Depeche Mode, Massive Attack, Tricky, Jamiroquai e Michael Jackson (R.I.P.). also a bit of italian punk as Punkreas! Our frenetic passion for music could only but bring us on the road to a musical career.

Maybe our first album? follow us and you’ll discover!