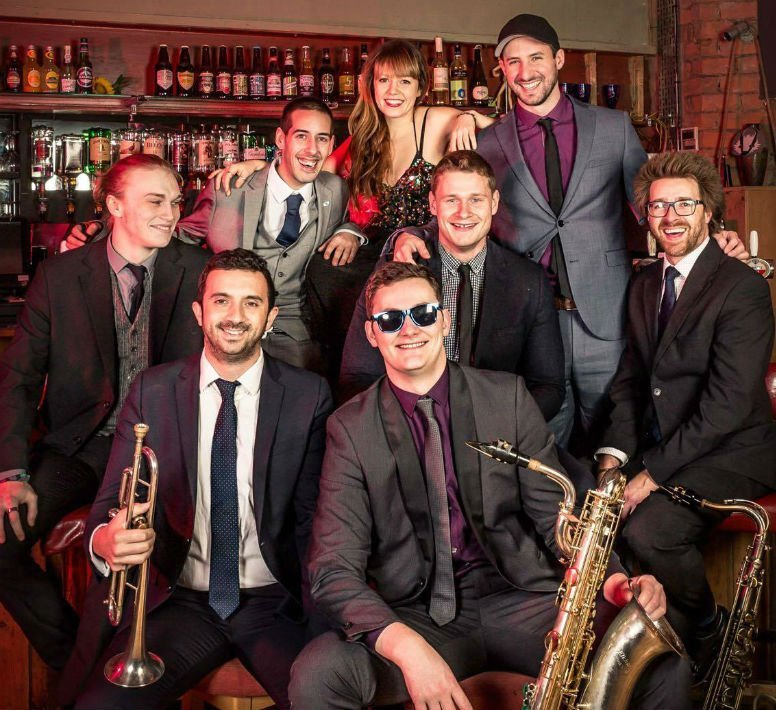 When the album ‘Say What’ first dropped onto my desk, my first thoughts immediately ran to ‘So What’ the Jazz classic. But aside from both being brass heavy that’s the end of the comparison between ‘So’ and ‘Say What’, the debut album from Bristol band Cut Capers.

Ska and gypsy influenced music gives immediate comparisons with the likes of Molotov Jukebox. In terms of the party atmosphere and dancableness (yes I know that’s not a word) of the album there is definitely a similar feel the Cut Capers music, especially on opener and title track ‘Say What’ – which is arguably the band’s biggest track.

The two stand out particularly strongly on ‘Face in the Crowd’ and ‘Skinny Galizan’ respectively, with ‘Bandin’ rapping in his native tongue on the later.

With Jane Thomas’ smooth Jazz like vocals rounding out the sound it is the band’s sheer range of influences that really stands out. Obviously this has been by design and the group have to be applauded for their determination to experiment with their melting pot of sound, but as a result it becomes a bit of a critic’s nightmare in defining their sound.

Nick Van Tinteren’s gorgeous guitar work on the short Prelude is very gypsy in sound as is much of his style on the rest of the album, the brass section is clearly influenced by ska, the aforementioned hip-hop and jazz vocals change it up again, all of this held together by the bass and drums of Dan Plimmer and Matt Sunderland who play the role of parents keeping their band of misfits moving in the same direction.

So instead of having a go at summing up I’m just going to recommend you go listen to this album, or better yet go see them play live, just bring your dancing shoes with you.