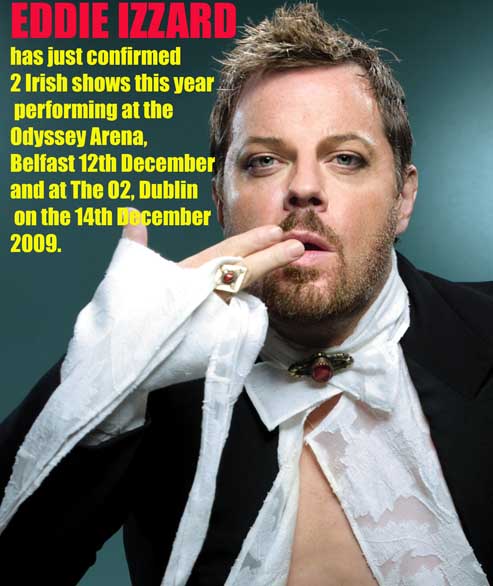 STRIPPED which came hot on the heels of his American sell-out tour across 34 US cities – including three nights at New York’s legendary Radio City Music Hall – was indisputably the hottest tix of 2008 on both sides of The Atlantic. 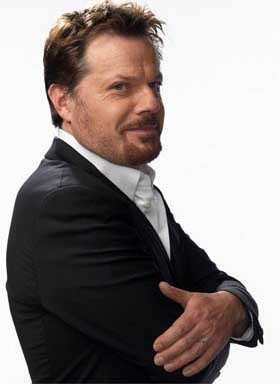 Now IZZARD, the man who turned talking bollocks into an art form has announced he will tour the UK and Ireland with STRIPPED. This will be Eddie’s first UK/Irish tour in six years.

EDDIE IZZARD has been hailed as one of the foremost stand-ups of his generation. He takes ideas and situations and extrapolates them into bizarre, tangential, absurd and surreal comic narratives.

Since his first stage appearance on London’s West End in 1993 there have been a succession of sell-outs and critically acclaimed international tours.

Eddie’s musings have earned him countless awards including two Emmy’s. Whilst initially renowned as a comic, Eddie is also now equally respected as a film, Theatre and TV actor.

His hugely successful FX drama The Riches is screened all over the world and he is currently to be seen on the big screen starring opposite Tom Cruise in Valkyrie.

Eddie Izzard LiveStrippedDublin and Belfast Show AnnouncedEDDIE IZZARD has just confirmed 2 Irish shows this year performing at the Odyssey Arena, Belfast 12th December and at The O2, Dublin on the 14th December 2009.