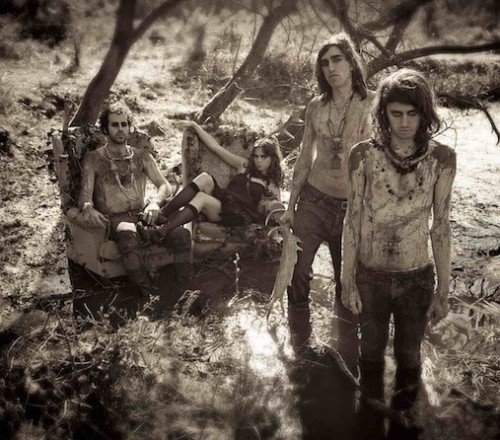 The single includes an exclusive remix by Curses, the impressive project by New York’s Luca Venezia, inspired by the darker house days of the 90’s ‘So Good’ (out now on Marble Recordings).

Of the Crystal Fighters remix he says: “Being a fan and friends of the band for years, doing this dark twist of a remix on such a blissful talent was an adventure in the land of house.”

The new single pays homage to the process that Crystal Fighters underwent to complete ‘Cave Rave’. The band wrote the album in its entirety during a two-month spell in the Basque hills, their spiritual home.

The Basque town of Zugarramurdi, “the village of the witches”, on 29th August will become the setting for a Crystal Fighters curated Cave Rave.

The event will include a headline set from the band themselves alongside a mixed line up of Basque artists and friends including local new-wavers Belako and the party-starting six piece Wilhelm and The Dancing Animals, and performances from local txalaparta players (tuned wooden percussion) and bertsolari singers (traditional Basque vocalists).