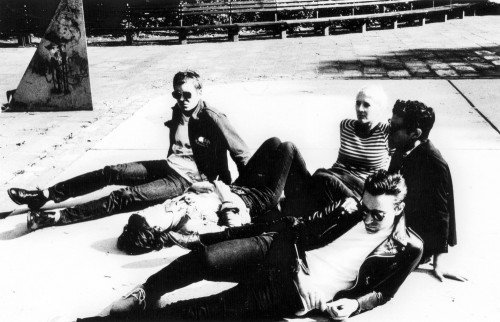 US punk/garage rockers Crocodiles are set to unleash their highly anticipated album endless Flowers on the world this June 4th.

We at Fame recently covered the spoof trailer for Endless Flowers and its (slightly) controversial cover art What inspired both? 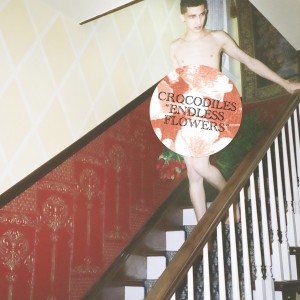 Crocodiles have been active as a band since 2008, in various incarnations. How has the band evolved over the years?

CR: On the contrary I think we have de-evolved. We’re currently tossing around the idea of a concert that only occurs in the audience’s dreams.

We’ve hired a couple of beds that we are going to strap engines to and hopefully we’ll be fatigued enough to deliver some of the best performances of our feeble lives.

We can best describe your music as punk/garage influenced, but how do Crocodiles describe their sound?

CR: That doesn’t describe our music at all. I would describe it as cylindrical and covered in hair, a little bit veiny and desperately seeking Susan.

You will be playing in France, London, Amsterdam and Germany on your upcoming tour, what can fans expect from a live show?

CR: We’re beginning to make a name for ourselves with the “dog chained to the radiator and covered in lipstick” act. I don’t think it’s time to call time on that epic.

If for some reason that doesn’t inspire laughter or sheer terror, we can always pull out the “Cervantes” maneuver or for the heady types, the “Churro.”

Can you describe your creative process when writing your music?

CR: Pen and paper are almost always involved. We can’t get enough of those two. They are nonstop entertainment.

Who influences or inspires the band musically?

CR: Brandon inspires me and I probably inspire him (more so in the bedroom than actually on stage).

What does the rest of 2012 have in store for Crocodiles?

CR: If we were to open a store this year, I think it would probably have books from writers like Gary Indiana in it.

The book section would of course have a small nook next to it where we would sell unmerciful sex toys for booth boys and luncheon bruisers.

We would have to have a gelato stand for those hot and sweaty summer days. This of course would inspire us to have a black out room for anyone who needs to eat ice cream in the dark.

Where do you see the band in a few years, will you continue to evolve, or is this the perfect format and line-up now?

CR: My vision will most likely worsen, so I don’t think I will be seeing the band very well.

However, through my glasses I would suspect that changes in our body sizes and hair styles will be clear enough for me to see and eventually tease everyone about.

If I for some reason lost my arm and could not find it again, I would hope that I would evolve and begin playing guitar with my feet or any appendage that can take the limelight well.

How did the band originally form, did you play the club/bar scene?

CR: The bar scene in Berlin revolved around the Rotten Rose.

There was a back room where a mélange of sordid people stood around waiting for something to happen; musical prostitutes, disfigured hair stylists, mute poets and booth boys.

Naturally, Brandon and I gravitated toward one another because we were both wearing magnetic underpants!

Have you any advice for bands starting out like that today?

CR: If you begin your career inside of a rotten rose, you will end your life as a rotten rose, trampled by lilies and birds of paradise, left with nothing but wilted teardrops.

Is there a musical collaboration Crocodiles would love to see happen?