Mr Hudson, the London based R&B artist has announced a show in the Spring & Airbrake on Thursday 15th April. His latest album was well received and he returns citing David Bowie, The Police, The Specials and Billie Holiday as influences in his works.

Mr Hudson last played the Spring and Airbrake under the guise â€˜Mr Hudson & The Libraryâ€™ in May 2007. 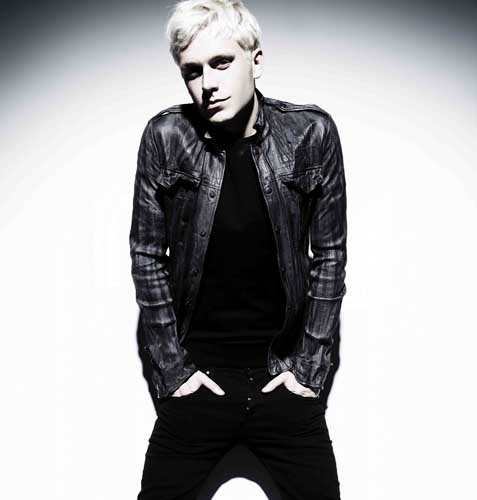 It is a take-no-prisoners collection of monster pop hooks, shiny plastic synths, vocoder vocals, and piercingly lyrical songs of love and disaster, heartache and hope. Fans of Mr Hudson & The Library’s artful 2007 debut, ‘A Tale Of Two Cities’, may be surprised by the boldness of his latest incarnation, but they will recognise the lyrical insight, plush musical chords and direct emotional current of his perfectly crafted songwriting.

The album title provides a clue to Mr Hudson’s intent. “I wanted to make a mainstream record, not structured or ornate,” he explains. “The first album feels like an Escher drawing, all these layers and you don’t know where you’re going at any point.

The way the songs are written and produced on this one is much more direct. It’s not trying to reinvent the wheel. It’s straight, no chaser.

In 2008, Mr Hudson began compiling lists of producers in preparation for the follow-up to his debut , when he was made an offer he couldnâ€™t refuse.

â€œI got called in to be told Kanye wants to executive prodcuce your album. Happy? Sign here.â€ Mr Hudson has been immensely impressed with his collaborator. “Kanye is superhuman. The amount he will get done in a day and the application to whatever he is doing is incredible. If we’re playing basketball, he’s imaging he’s in the NBA finals, every ball is vital. If he’s playing a computer game he’s got to beat your highest score. If he’s going to do something he has to do it as well as possible, which is alien to some people. He helped me realise its good to be passionate about what you do.”

And thus commenced an incredible global culture clash adventure, in which a young white man from north London became an occasional member of an A-list hip hop production team. From New York to LA to Hawaii to Paris, he collaborated with Kanye on his ‘808s & Heartbreak’ album (he is featured on ‘Paranoid’, co-produced ‘Street Lights’, contributed vocals to ‘Say You Will’ and ‘Amazing’ and is a featured guest on Jay Z’s forthcoming ‘Blueprint 3’ and Detroit rapper Big Sean’s debut.