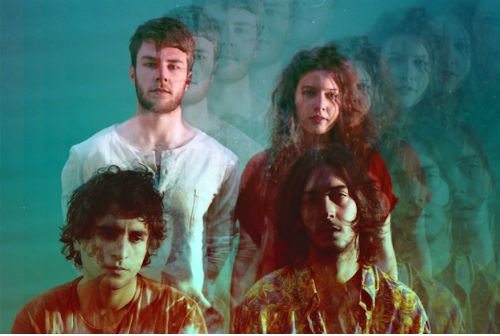 London-based Cristobal and the Sea share a full stream of their debut EP ‘Peach Bells’, out now via City Slang. ‘Peach Bells’ is an unique and fascinating fusion of dreamy tropicialia-pop sounds beautifully blended with modern experimental psychedelia.

For standout track ‘Disquiet’, the band teamed up with London-based artist Elliott Arndt. He explains “This video drew its inspiration from the author of The Book Of Disquiet, Fernando Pessoa. Whilst researching his masterpiece, I discovered a few anecdotes about him…

One that particularly marked me was how, through the love of astrology, he came to befriend Aleister Crowley, the notorious British figure. Together, they decided to fake Crowley’s death by leaving a suicide note atop the “Boca Do Inferno” near Lisbon (lit. “Hell’s Mouth”, a tall seaside cliff), and Pessoa told the local papers that he’d seen Crowley’s ghost floating about town. I decided to use this anecdote as a starting point, and add my own twist to it, wherein Crowley actually dies and re-incarnates as a little princess, leaving Pessoa heartbroken and alone.”

Here’s the video, again by Elliott Arndt, for ‘My Love (Ay Ay Ay)’.

In they own words the band – Alejandro Romero from Spain (bass/vox), João Seixas from Portugal (guitar/vox), Leïla Séguin from Corsica/France (flute/vox) and Josh Oldershaw from old Blighty (drums) – explain: “We agreed from the very beginning that we would try and explore the more experimental part of our sound, without compromising the pop vocal harmonies. When talks shifted to what producer we might want, we suggested working with Rusty from the very beginning, since we were really interested in some of the artists he had worked with (i.e. Animal Collective, Ariel Pink, DJ Rashad)” 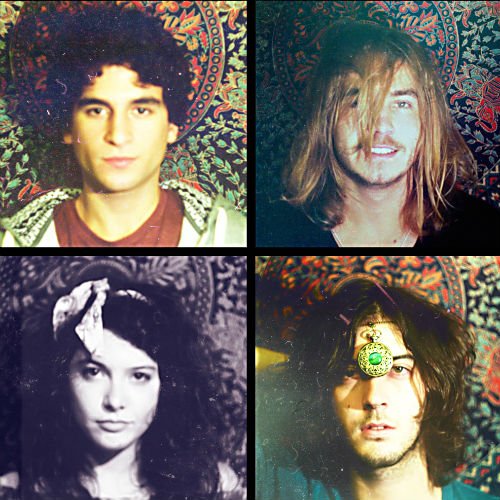 They add: “We had played most of the songs for a long time by then, so we had a clear idea of the songs we wanted in the EP. Once we knew Rusty was on board, we wanted him to be an integral part of the band. We wanted it to be fun and also to have fun, while recording it, which is what we did, hoping that this fun would be contagious to the people listening to it.”