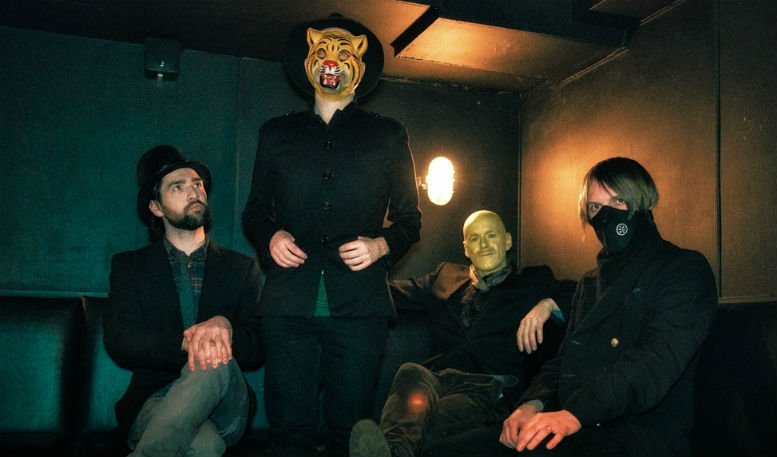 Crash Club’s ‘C.C.101’ EP is a raucous call to arms. The Scottish outfit’s 4 tracks are an energetic head rush that are just a glimpse of what they may be capable of live.

Opening with ‘Pennydrop’, the band’s sci-fi-fi post apocalyptic sounds transmit like radio waves. Ian MacKinnon’s vocals aren’t great but with the cacophony of noise, it’s almost hardly noticeable. Crash Club’s guest vocalist are in place as a backbone to the music, they are never in the forefront, which is lucky as Douglas O’Neil’s voice over ‘Chemicals’ delivers as one of the poorest tracks on the EP.

However, MacKinnon joins once more for ‘Recondition’, which is robotic electro rock – superb. Closing the EP is last dance, one of the strongest on the EP with gloomy 80s effected vocals that make a tremendous electro pop track.

Crash Club have moments of promise and ‘C.C.101’ is a very promising EP. The band’s strengths and weaknesses will always be dependent on their vocalist collaborators but it’ll be interested to see where this electro rock four piece take us next.