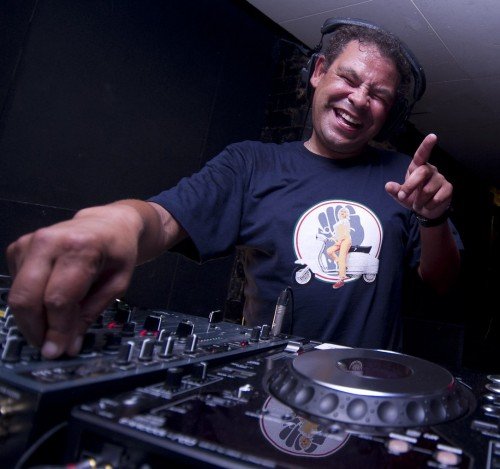 Actor, host and broadcaster Craig Charles of Red Dwarf, Robot Warsand Coronation Street fame is also one of the UK’s best loved Funk and Soul DJ’s, will be performing a funk and soul DJ night at The Empire in Belfast on Saturday July 14th.
Broadcasting for 10 years on BBC 6 Music with their primetime Saturday night Funk andSoul show, Craig Charles has gone from strength to strength.

“When BBC 6Music asked me to do a radio show I only had one condition, it has to be afunk & soul show otherwise I wasn’t interested”

And so the Craig Charles Funk and Soul Show came to being right at the very start of 6Music, way back in March 2002. Currently live every Saturday Night for 3 hours between 7pm and 10pm on one of the nation’s most loved music radio stations has garnered Craig global support as one of the UK’s foremost Funk and Soul commentators, DJ’s and promoters of new music.

“Since its inception I have been interested in all varieties of soul and funk music, without imposing any barriers and I am just as enthusiastic about fresh new talent as I am about the classic artists from the golden age of the 60s and 70s”