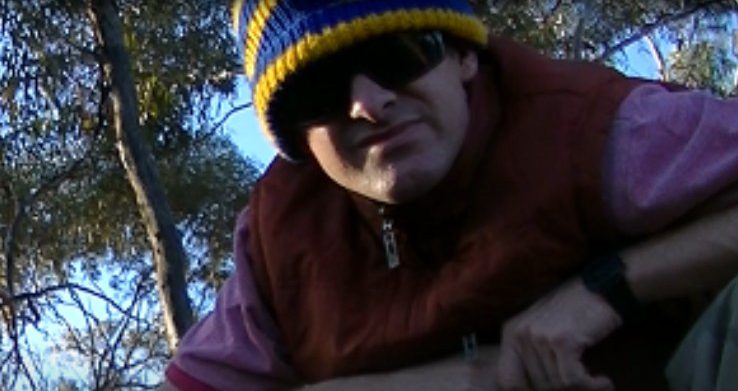 The album Ounce of Rhymes from Crabitat, an up-and-coming Australian artist is a refreshing change to Australian hip hop. Ounce of Rhymes has unusually true lyrics and a raw, life-like sound, the songs have been crafted from personal experience and give listeners something they can relate to on a deeper level, Crabitat’s has a comedic and unique style reminiscent of Beastie Boys infused 80s hip hop. The production – by Egyptian producer Amir – on this album is also something worth noting.

Australia has developed a reputation for having gorgeous accents for various styles of music. Mat Edwards aka Crabitat makes us believe that there is an untapped niche with Australian rap artists who want to get away from the traditional “gangster” archetype and focus instead on “idealized” rap.

Crab Rappers: a humorous take on Beastie Boy’s lyrics from the song Too Many Rappers. The lyrics play on old-school hip-hop feel and suggest that there are too many people coming out as rappers these days and not enough real artists.

Lawnmowerman: raises awareness of how media can be manipulated for certain agendas, as in this example when a lawnmower company takes aim against meat consumption to promote their own agenda.

“Not many Aussie rappers have spoken on issues like this before – says Crabitat – This indicates either I’m showing my age or in general Australian Rappers have an inability to mature.”