Olive Broderick, who received support from the Arts Council of Northern Ireland, was the recipient of a SIAP (Support for Individual Artists) award at Trinity College, Dublin.

Now in their 39th year, the Hennessy X.O Literary Awards celebrate the talents of emerging Irish writers and the contribution they make to Irish life. 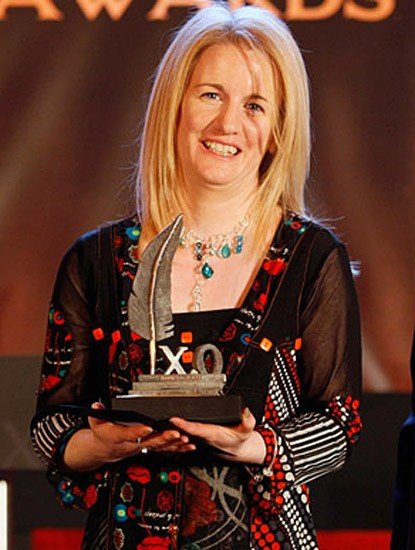 The writer, who originally hails from Youghal, County Cork, lives and works in County Down and is currently working towards the publication of her first collection Night Divers.

And this isn’t the first award Olive has picked up. In 2009 she was the recipient of a SIAP (Support for Individual Artists Programme) award from the Arts Council of Northern Ireland.

Damian Smyth, Head of Drama and Literature at the Arts Council of Northern Ireland, said after the win: “We are extremely proud to have supported Olive Broderick in her career. The SIAP awards allow individual artists to develop their talent and produce high calibre work and we are delighted that Olive has been recognised as an emerging talent.

“As a result of the SIAP award, Olive has been able to strengthen herself as a writer and to work on a new sequence of poems; two of which – Misconception; and Market Forces – have resulted in this Hennessey X.O Literary Award.

“Individual artists are the lifeblood of the arts community but very often help and support is required to enable them to develop their skills. The Support for Individual Artists Programme demonstrates the Arts Council’s commitment to raising the status of artists in Northern Ireland.”

Olive added: “I am extremely grateful for the support of the Arts Council of Northern Ireland. The funding I received from the Support for Individual Artists Programme gave me the freedom to work on the poems that have now been recognised by the Hennessey X.O Literary Awards.”
By Tina Calder
Â©FAMEmagazine.co.uk