MoliÃ¨reâ€™s classic costume comedy, The Miser, produced by the Lyric Theatre and in partnership with the Ulster Bank, opens at the Elmwood Hall next Friday 30 April.

The French playwright MoliÃ¨re was a comedy genius, he was a satirist and an entertainer; The Miser is adapted by David Johnston and directed by Dan Gordon. Although written in and set in the 17th century, The Miser resonates loudly with audiences today, and tells the story of a wealthy but stingy man, Harpingon. 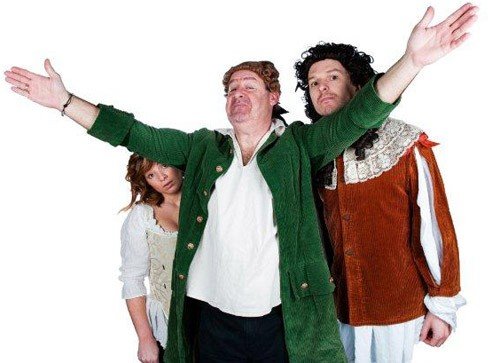 Director Dan Gordon commented: â€œDirecting this play will be fantastic fun. Having a great ensemble company is half the battle but the fact that MoliÃ¨re was such a showman is the other. In his time he incorporated action, illusion, stand-up, comedy, song and, of course, the audience. That was where he was coming from and thatâ€™s where Iâ€™ll be trying to go.â€ 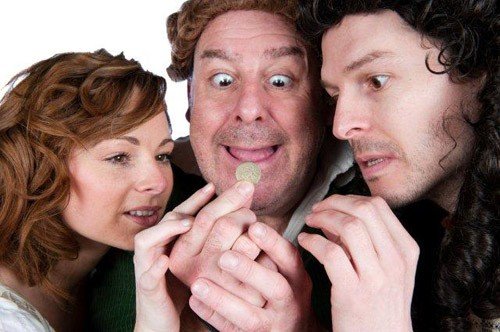 Set in the 17th century, The Miser tells the story of a wealthy but stingy man, Harpingon, who, when he decides to marry off his children against their will, sets the entire family scheming to steal his fortune.

With forbidden romance in the air and the family treasure buried in the backyard, it’s a race to see who will come out on top. Can Harpingon stay a stride ahead and hang onto his beloved hoardâ€”getting himself a hot young bride to boot? Or will his kids succeed in foiling his selfish plans?

Gilly Campbell, Drama Officer, Arts Council of Northern Ireland, commented: â€œAs the Lyricâ€™s principal funder, it is a pleasure to see such a dynamic performance marking the final production in Elmwood Hall.

Over the last 40 years, the Lyric has brought local audiences some of the most stimulating and groundbreaking theatre ever seen in Ireland and The Miser is no exception. In its temporary home, the Lyric has continued to captivate audiences and we wish them every success in the run up to the much anticipated opening of the new building in 2011.â€

Audiences beware as you may see men in high heels and handsome young men wrestling! Counting the pennies has never been so much fun! Age guidance is recommended for 12 years and over.

For the latest information on The Miser visit www.lyrictheatre.co.uk/news