Christmas is mere days away and that means just one thing for Northern Irelandâ€™s legion of electronic music fans â€“ Planetloveâ€™s annual WKD Winter Party is imminent!Planetlove are embarking on another sensational Christmas party in the Kingâ€™s Hall, Belfast, as they round off their 10th anniversary year in style with their â€˜Dance Against The Machineâ€™ spectacular.
It has been another groundbreaking year for the team at Planetlove who kicked off the year with their new Love Fridays residency in the Beach Club, Odyssey Pavilion, Belfast, and their hugely popular Winter Session in Leopardstown.
In June their parent company, PLM Promotions, brought the fabulous â€˜Live in Portrushâ€™ beach party to the sunny shores of the North-West with Grammy award winners The Chemical Brothers and a host of chart-topping international acts and DJs including Fedde le Grand, Eric Prydz, Utah Saints and Steve Angello.
And that was followed by Planetloveâ€™s milestone 10th anniversary festival, which was held over two days incorporating Tiestoâ€™s massive â€˜In Search of Sunrise Tourâ€™ and the PLANETLOVE WKD festival, complete with camping and world renowned names like Pendulum and Ferry Corsten!
Magical events continued throughout the year and now Irelandâ€™s leading electronic music brand bow out of 2008 with the party to end all parties;
Three hours of the worldâ€™s Number 1 DJ (DJ Mag Top 100) Armin van Buuren, alongside global superstars Lisa Lashes, Alex Kidd, John Oâ€™Callaghan and the voice behind some of the biggest dance hits in history (â€˜Beautifulâ€™ and â€˜Liberationâ€™), Marcella Woods. Support comes from Planetlove resident DJ Mog.
And this year these iconic vinyl and CD spinners are joined by a robotic film star, â€˜T8â€™, who is the brainchild of Bruce â€˜Robocopâ€™ Hansing and has taken the world by storm.
â€˜T8â€™ has appeared in an upcoming hip-hop music video, performed on television for the BBC and ITV, starred in the worldâ€™s most elite clubs including the Limelight (New York), Number 1 (France) and Le Pacha (Switzerland) and dazzled HRH Princess Anne and her family at The Royal Variety Show with a watching television audience of 18 million people!
The excitement surrounding this yearâ€™s WKD Winter Party is immense and pre-event ticket sales have hit an all-time high.
â€œWeâ€™re really looking forward to this one. Itâ€™s the perfect end to our 10th birthday year which has just been sensational from start to finish. Itâ€™s great to have Armin back with us again too,â€ explains Eddie Wray, Promoter.
And Judith Robinson of WKD, sponsors of Planetlove, says:
â€œPlanetlove never stops impressing. This has been a great year for them â€“ definitely an appropriate celebration of their 10th anniversary â€“ so this is the ideal way to end it. Weâ€™re really proud to be associated with Planetlove.â€
Planetloveâ€™s WKD Winter Party â€“ â€˜Dance Against The Machineâ€™ is almost upon us! 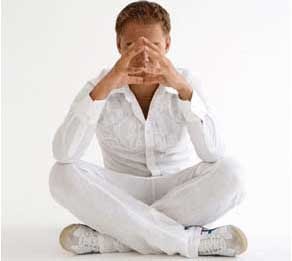 Armin van Buuren is the Dutch superstar who sits proudly on the thrown as the worldâ€™s Number One DJ (DJ Mag Top 100).
With a string of trance anthems to his name, van Buuren has already written himself into electronic music history!
He has achieved global success and worldwide acclaim with some of the biggest trance productions ever released including â€˜Blue Fearâ€™, â€˜Communicationâ€™, â€˜Sound of Goodbyeâ€™, â€˜Shiversâ€™, â€˜Burned with Desireâ€™ and â€˜Going Wrong.â€™
He frequently sells out 15,000 capacity venues and his global radio show, A State of Trance, now has over six million weekly listeners and is broadcast around the world.
A global icon and true trance legend, this is your only chance to see Armin van Buuren perform in Northern Ireland this year! 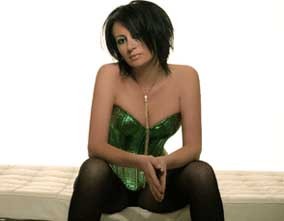 For over a decade Lisa Lashes has entertained the masses across the UK, Europe and the world.
Undeniably the worldâ€™s leading female DJ, Lashes is renowned for playing some of the most amazing sets ever witnessed in Ireland and continues to sell-out venues across the island wherever she plays.
Her â€˜Lashedâ€™ clubbing brand has proved to be a phenomenal success and the popularity of her harder edged sets refuse to dwindle with her playing some of the biggest clubs in Ibiza, Tenerife, Cyprus, Canada and South Korea this summer alone!
Lashes continues to release productions under an array of aliases and after producing some of the biggest tracks in Hard Dance she is diversifying in to other genres, thus keeping her sounds as fresh as ever. 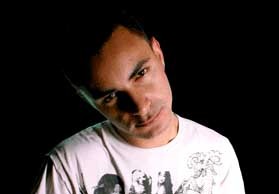 Alex Kidd:
Alex Kidd is undeniably one of the most eccentric, energetic and craziest artists on the DJ circuit today!
Thumping out some of the hardest and freshest sounds in electronic music, Kiddâ€™s raw passion and enthusiasm for what he does has transformed him in to one of the most popular DJâ€™s in Europe.
His unique ability in cutting up the hottest hard dance sounds with CDJs and fx machines has propelled him to the forefront of harder edged music and set him apart from the competition.
Voted Hard Dance DJ of 2008, Kidd has made the UK scene his own and books out venues across the nation each and every week.
This year sees him take his â€˜Kiddfectiousâ€™ brand Stateside as he prepares to conquer the USA and Canada! 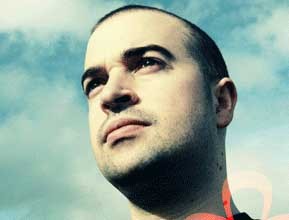 John Oâ€™Callaghan:
Described by Paul van Dyk as â€œone of the most exciting producers in the world today,â€ Irish DJ/producer John Oâ€™Callaghan has taken the trance world by storm!
Over the past two years Oâ€™Callaghan has remixed for some of the biggest artists in the world and earned releases on world renowned record labels such as Armada, Vandit, Discover and Euphonic.
His 2007 production â€˜Big Skyâ€™ became an instant trance anthem and received worldwide support from just about every DJ in the genre and catapulted him to the forefront of the worldâ€™s DJing circuit!
With tours of South America, the Far East and Australia already under his belt, Oâ€™Callaghan sits proudly as one of the most in-demand DJs and producers in the world today. 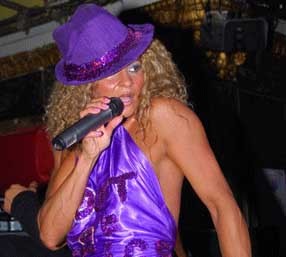 Marcella Woods:
Marcella Woods is the voice behind some of the biggest dance classics of all time.
Her collaboration with Matt Darey on the massive trance anthems â€˜Beautiful,â€™ â€˜Liberationâ€™ and â€˜Fly Like an Angelâ€™ propelled both artists to world stardom and sold millions of records across the globe!
Now working alongside her brother (Michael Woods aka Warrior) under the guise Out of Office, Woods is introducing her amazing vocal talent to the world of electro.
Out of Officeâ€™s first release, â€˜Hands Up,â€™ won huge support from the likes of Roger Sanchez and Pete Tong and went on to be a massive hit on both Radio 1 and MTV, thus reinforcing Woodsâ€™ status as one of the leading electronic vocalists and Live PAâ€™s in the world!

DJ Mog:
The cornerstone of PLM events throughout Ireland and abroad, DJ Mog is PLANETLOVEâ€™s resident DJ.
The Belfast boy has established himself as one of the nationâ€™s leading DJs/producers, not only DJing across the island but also releasing a string of productions under numerous aliases. 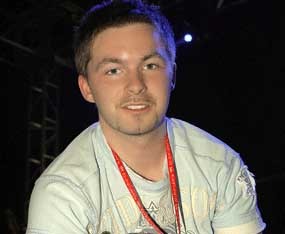 In 2006 his electro remix of the Killersâ€™ anthem â€˜Mr Brightsideâ€™ (under his Krowd Killerz guise) brought him genre-wide support from the worldâ€™s biggest DJs including Judge Jules, Pete Tong, Dave Pearce and Annie Mac to name but a few.
Mog continues to release material under the names Space Hustlers, Tatoe & Tease, Krowd Killerz and DJ Mog and remix requests have been flooding in from some of the biggest names in trance and electro!
The future looks blindingly bright for PLANETLOVEâ€™s home-grown hero.

For a full list of Ticketmaster and independent outlets please check