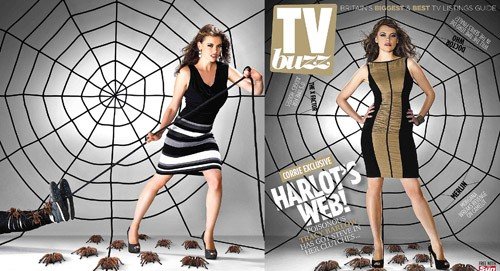 The wicked witch of Weatherfield Kate Ford graces to front cover of the Sun TV buzz this week and manages still to look fiercely gorgeous whilst surrounded by tarantulas.

She reveals who she’d quite like to trap in her web, “It’s a tossup between Seth Rogan from Knocked Up – he’s quite chubby but dead sexy and I’ve always fancied Matthew Rhys from Brothers and Sisters.”

She’s probably the most hated women in Weatherfield as she has gone as far as murdering someone and can’t quite let it go! 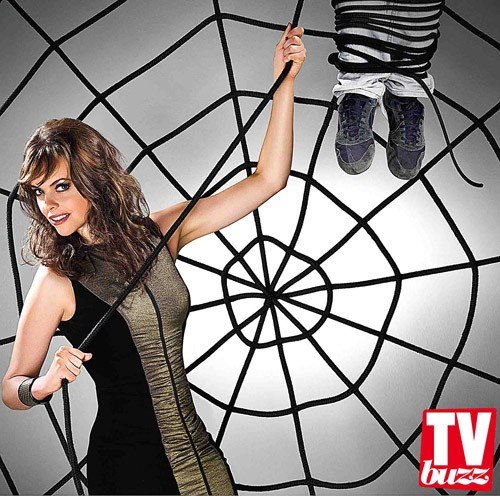 She told TV buzz, “I always have this nightmare where I kill Bill Ward [Charlie Stubbs] all the time!”

Kate revealed to TV buzz how she prepares to play such a dramatic character, “I find it very, very hard to cry. I admire that in actresses like Jane Danson [Leanne] – even during rehearsals she has tears. I suppose I don’t really like to draw on sad things because I think you could send yourself loopy.”

Kate manages to be extremely composed with our tarantula Rosie. What does scare her then? “I’m not massively fond of live television. I get panic attacks – sweaty, horrible, heart-racing panic attacks. It’s a fear of not being able to perform, and because it’s live you can’t go back and redo it.”
Luckily Corrie isn’t live so we have no worries there!
twitter.com/TVbuzzmag
facebook.com/TVbuzzmag