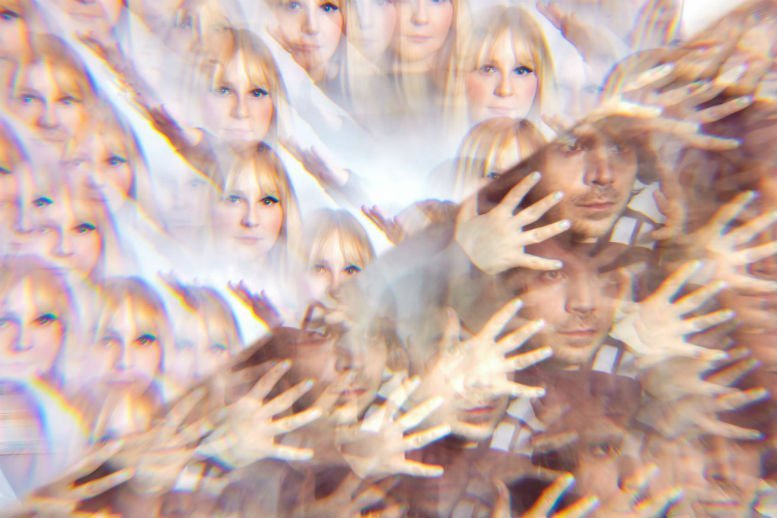 Brooklyn-based neo-psyche band Corbu, the exciting project by frontman and multi-instrumentalist Jonathan Graves, it was named after the famed Swiss architect Le Corbusier.

‘Polygon Forest’ is a grand segment of their enticingly vivid dream-pop and extra-terrestrial sounds, lifted from their forthcoming debut album ‘Crayon Soul’, out 5th August via 3 Beat (EU) & Big Picnic (US).

Recorded and produced by the band, ‘Crayon Soul’ was mixed by Dave Fridmann (The Flaming Lips, Tame Impala, MGMT)…“It’s a journey through a series of “gates”, or events that you pass through with the narrator” says Graves of the album. “At each event, you change and shift into a new part of the story.”

Graves reveals: “Dreams are really important to me. I think the world you experience when you’re dreaming is physically real, in some way. I don’t understand it at all, but I’ve had enough intense experiences to justify that belief. For me, it’s a sort of parallel reality to our normal, waking consciousness – one where time doesn’t exist and dead relatives can hang out with you. Whenever I’m making art or music, I feel like I’m trying to reach over into that place and bring some of it back into this one.”

Here’s another taste of their dazzling production…This is the stunning video, created by British director Mr Kaplin for ‘Neon Hallway’.