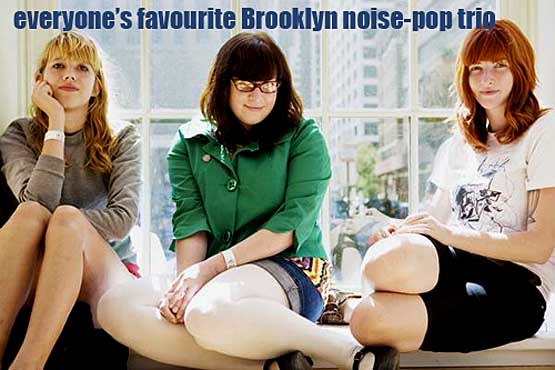 Having already sent out waves of panic and adoration to the outer limits of the underground pop contingent with their self titled debut album (In The Red) and electric live shows, everyoneâ€™s favourite Brooklyn noise-pop trio, the Vivian Girls return with a brand new 7â€ single/digital download, â€˜Moped Girlsâ€™ on For Us records featuring 2 exclusive tracks recorded specially for this release: â€˜Moped Girlsâ€™ â€“ a 1 minute and 54 seconds of reverb drenched indie pop perfection that sounds like it should have been released in 1986 is backed with â€˜Deathâ€™, a song that starts like a long lost 60’s ‘girls in the garage’ nugget before twisting into a much darker beast with reverb vocals and guitars taking the lead. 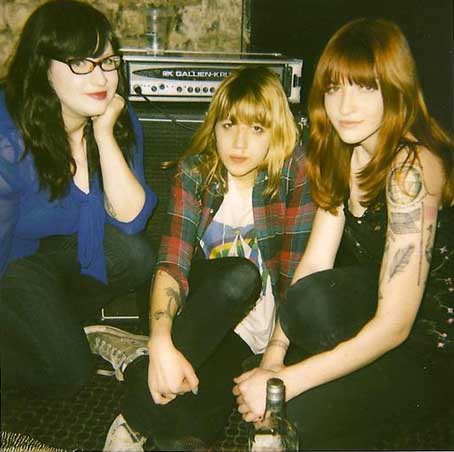 The single was recorded in February at Studio Plateaux on Platts Eyot Island by Kristian Robinson from capitol K and will be released on April 18th as part of this yearâ€™s Record Store Day and thus available at independent retailers only.

The band will also be heading back to UK shores in May for a full UK tour including shows at the Great Escape and Dot To Dot festivals.

Within seconds of hearing their seductive three-part vocal harmonies lushly interwoven with chest-pounding waves of beautiful feedback on their debut, itâ€™s obvious that their songs are hard to resist, especially if you find yourself keen on the mid-â€™80s noise pop trifecta of The Jesus & Mary Chain, The Vaselines, and the Shop Assistants.