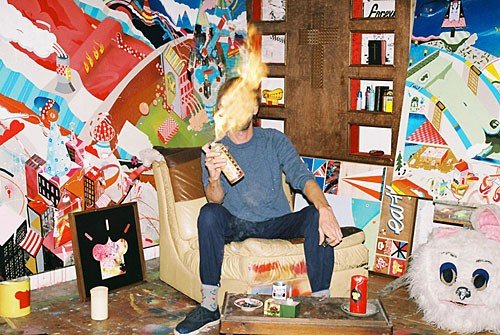 A celebration of earthly sins and heavenly fantasies, with collaborations from some of the biggest names in the global scene, Heaven & Earth sees Sickboy figuratively fall from grace into one of his own worlds, calling upon 12 of his fellow street art figureheads to plunge into the depths of darkest conscious. 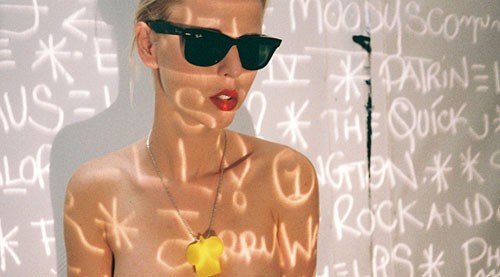 The artist also presents four major installations which include a walk-in confessional booth (with a resident pastor who will be appearing at various service times throughout the opening), and an installation which sees a who’s who of eminent artists joining Sickboy on his cathartic journey including: D*Face, Eine, Anthony Lister, Paul Insect, Vhils, Conor Harrington, Xenz, Word to Mother, Will Barras, Eelus, Mudwig and Hush – all of whom feature in a special collaborative element of the show.

The art exorcism doesn’t just end there. After years of brainwashing the public with his temple and slogans such as ‘Save the Youth’, Sickboy is expanding his ethos of ‘art for the people’ and inviting the global public to become part of his show by submitting their anonymous confessions to him,which will become one of the main installations, entitled CONFESS.

“The CONFESS concept was inspired by a close-up photograph of my hand, painting a canvas” the artist explains. “I thought ‘that hand’s done some bad things’. Everyone’s got skeletons in their closet, but modern day society relies heavily on superficial methods of exorcising our demons: whether it’s drink, drugs or just clearing the Internet history on your computer. By confessing anonymously, people can lighten their conscience. With art as a scapegoat, a problem shared is a problem solved. Let’s get back to our roots, focus on the future and demolish the past … confess a feeling. “

One of the world’s most controversial street artists, Sickboy, who continues to shun gallery representation to maintain his independence, reminds us that: “There are no rules. Expect the unexpected.”