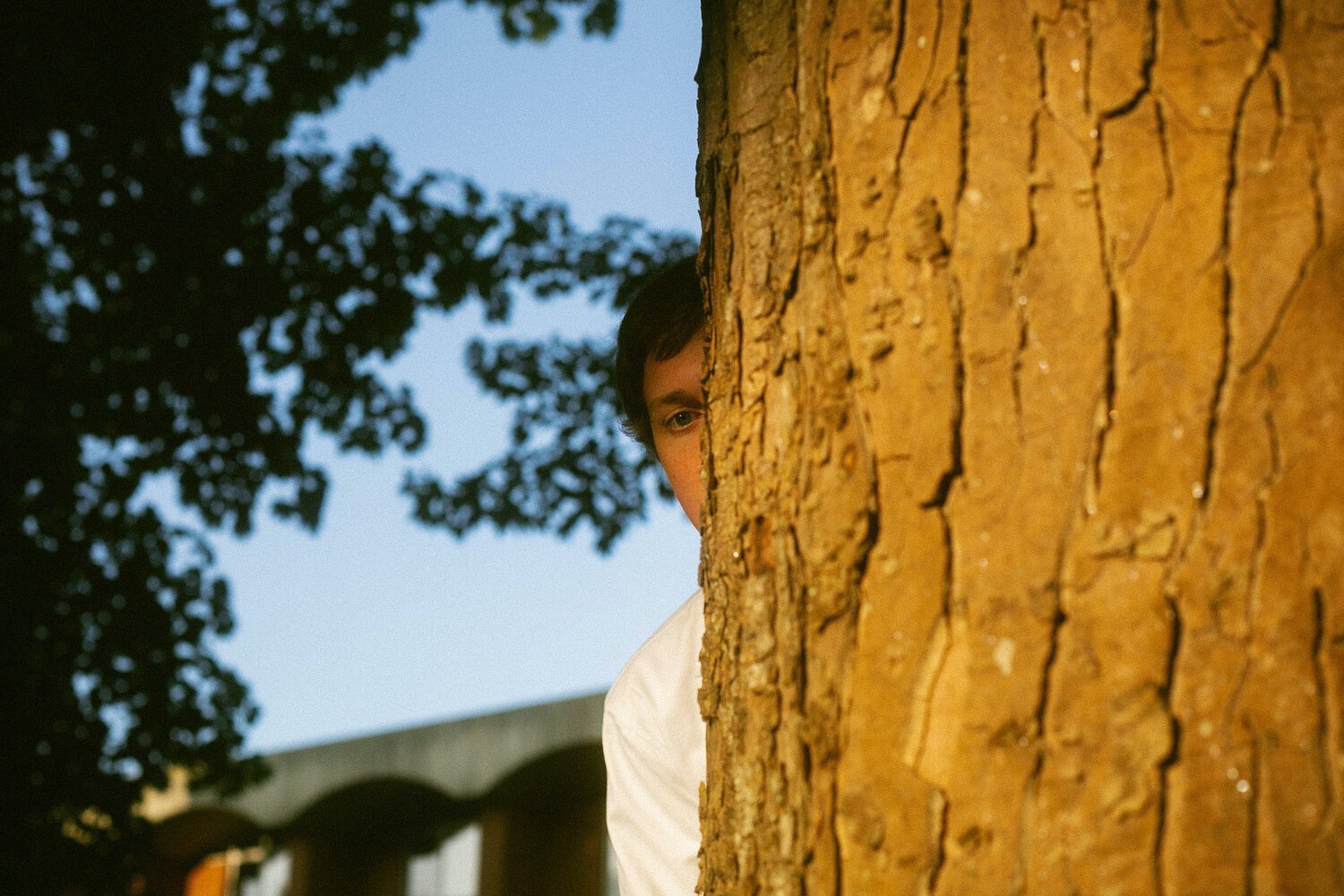 Hi Collect Call how are you?

Very well thanks, staying safe and trying to work as much as I can!

You’ve just released your new single Pretense, can you tell us about the themes contained within the song?

Pretense is a love letter to the digital age – an outcry for people to throw away technology and embrace the people that mean the most. For me, the song also embodies themes of self acceptance and escaping from a negative world and headspace. I’m trying to use my music more as a cathartic practice and to enable me to express things I’m thinking but can’t always say.

How does the creative process work for you when producing new music?

It always changes, but think the main thing I’ve been getting back into is playing guitar. I’ll sit down and just have a play around with ideas or see what I can create. If an idea sticks after playing it over a few days then I know it’s a good’un (sometimes). I’ve found myself in the past to focus more on the production side of things so I’m changing tack and focussing on the songwriting and building from there.

In all honesty, I’m just trying to get by at the moment. The pandemic has seen me lose work in one field but suddenly in the last few weeks I’ve been working with other musicians and writers on their productions and working more in audio engineering which I really enjoy.

There was definitely a slightly contrived mantra going around at the start of lock-down that almost demanded people get creative but I think you really have to work at your own paces. I got into quite a rut about my musical ability when songs weren’t flying out of me everyday. It takes me a while to refine my ideas to the point of me being happy to release them into the world.

Saying all that, I’ve got my routine back and am compiling lots of ideas and having fun with music making again!

As a Brighton based artist, do your surroundings influence the kind of music you produce?

Good question! I’ve been playing in groups across Brighton since I graduated from University several years ago and there’s an abundance of amazing bands around town in almost every genre imaginable. With Collect Call, I feel it’s only just beginning in terms of becoming a part of the Brighton music scene and finding my feet sonically with the project. I feel like I’ve got an idea of what I want to get out of the project but there are so many cool sounds and influences it’s hard to keep on track sometimes for wanting to include everything and go a little crazy…but maybe I should throw caution to the wind?

It all mainly revolves around digital streaming platforms now I feel; back when I started playing in bands the focus was to get featured on Hype Machine and get the best premier possible. Nowadays there is so much music out there and partially due to social media conditioning and chasing the “likes” I think it’s become more of a numbers game, at least from my perspective. But the goal is to promote your music as much as you can right? This is why Iwrote Pretense, because it can all be a bit much to handle when you’re writing music and then organising press etc. so it’s good to shut off and remember why you enjoy it. The important thing is to make music that you enjoy and cherish! It’s tough out there, so be kind to yourself!

We are living through strange times and I try to sing about people’s thought processes and responses to that. I think one theme that’s apparent in my music is communication and a commentary on technology and sociology, how we consume it and how it affects us, but from more of a kitchen-sink type angle (at least in my mind).

What an evil question…Straight off the bat, “In Rainbows” by Radiohead. They’re one of my favourite acts and this album has elements of kraut-rock danceability and wholesomeness and sombre songs that I think wouldn’t be too depressing in a desert island situation.

Album two would have to be “Beacoup Fish” by Underworld, because we all need a dance and this album really gets me going!

The final album I think I would want to go with a classic, something to warm every fibre of my being and give me hope that I might one day be rescued from the island, so let’s say “Little Girl Blue” by the incredible Nina Simone. Listening to that album whilst looking at a sunset would make everything better, even if it is heartbreaking at times.

I’m currently thinking of ways to do a live session from a studio. I’ve got a couple of friends who are great players fortunately so I think we’ll get into a room soon and start picking apart old and new songs and going from there!

Write as much as I can, stay healthy physically and mentally and to try to connect with as many people as I can (from a distance of course).