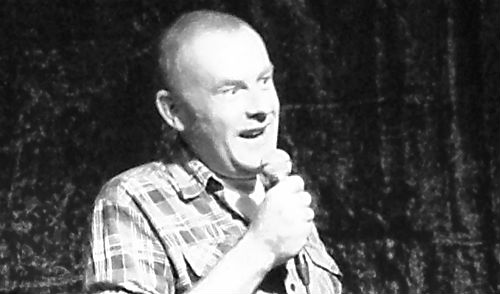 The funny man, best known for his appearances on RTE’s The Panel and BBCNI’s The Blame Game is a regular on the local comedy scene.

And a Belfast comedy insider says he’s been given great respect in grassroots comedy as a result.
The source added: “Colin is well known to support his local comedy scene as much as he can and for that the up and coming comedians hold him in high regard. 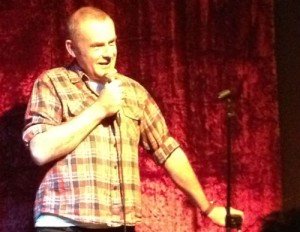 “Whilst he has achieved the success and capabilities to play much bigger venues for a lot more money he makes a point to make time to ensure he attends as many local events as possible each year.”

Speaking at the gig Colin said: “This is a great venue, I’ve never performed here before but it’s a great wee spot. I will definitely be back.”

Also on the bill at The Sunflower Comedy Club this month was super geek Matthew Collins from BBCNI’S Great Unanswered Questions and comedy clown and magician George Firehouse.

Next month Tyneside standup comedian and performer Gavin Webster will hit the stage with support acts still to be confirmed.

Tickets (£10) for Gavin’s show on December 23 are on sale now. facebook.com/SunflowerComedyClub.