Play.com, the UKâ€™s largest online entertainment retailer is anticipating a huge day in sales with the launch of Coldplayâ€™s fourth studio album, Viva La Vida, Or Death And All His Friends, which is set to be their biggest pre-order ever.

To date, Play have received more pre-orders for Chris Martinâ€™s new masterpiece than the rest of their entire top 40 pre-order albums combined. Helen Marquis, Head of Music for Play.com, said: â€œPeople talk about the death of the Music Industry, but this proves that the right title can still break records. The new album should be the biggest of the year, but with upcoming new albums from the likes of Dido, Amy Winehouse, Take That and Oasis, this is going to be a phenomenal year for British music. We have not seen an album pre-order to quite these levels before. The previous record holder was Leona Lewis.â€ 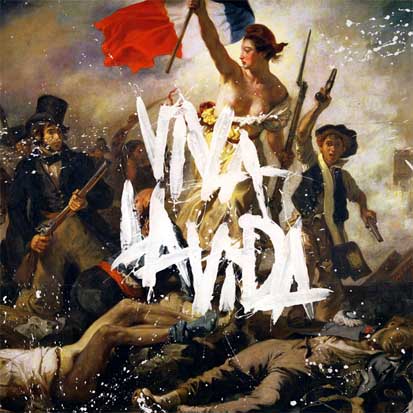 Coldplay fans are attracted by the promise that it is reminiscent of 2000’s Parachutes and by the quality of first single, “Violet Hill” which has been freely available on the bandâ€™s website. Viva La Vida is already being tipped for album of the year even before its 12 June 2008 release.