…and their album moves forward to a June 12 release in the UKâ€œViolet Hillâ€, Coldplayâ€™s first single from the new album â€œViva La Vida or Death And All His Friendsâ€ will be available as a free download from their website coldplay.com for one week starting today, April 29 at 12.15pm.


At that time the single will be played for the first time on radio and will simultaneously be available free exclusively from the website, a week ahead of its general digital release. The digital release will be a conventional paid-for release on May 6.
At the same time, coldplay.com will have preliminary details of two free shows that the band will play, one in London and one in New York. 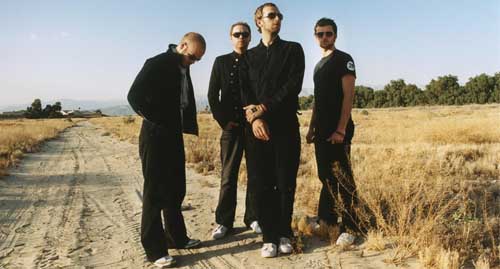 The free shows are:
LONDON BRIXTON ACADEMY JUNE 16
NEW YORK MADISON SQUARE GARDEN JUNE 23
Please check coldplay.com for details of how to win tickets and please do not contact the venues as no tickets will be available to buy.

Meanwhile, the release of Coldplayâ€™s new album â€œViva La Vida or Death And All His Friendsâ€ has been brought forward four days in the UK to bring it into line with global release dates. The release date is now June 12.

The track listing is;
LIFE IN TECHNICOLOR
CEMETERIES OF LONDON
LOST!
42
LOVERS IN JAPAN/REIGN OF LOVE
YES
VIVA LA VIDA
VIOLET HILL
STRAWBERRY SWING
DEATH AND ALL HIS FRIENDS