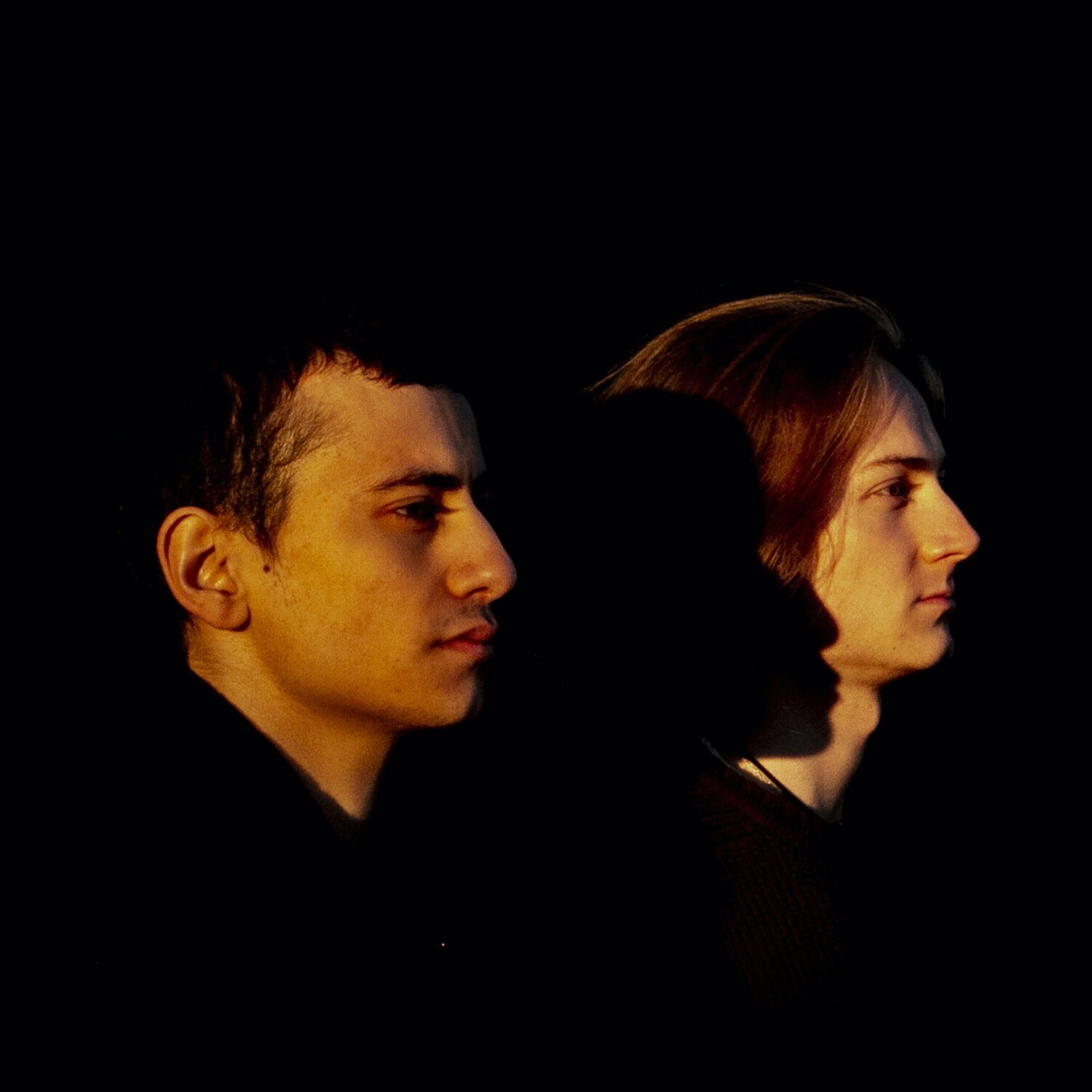 We had a chat with clever duo Codex – Shahriar Parast and Adam Mayer – who released the rather fetching Thom Yorke-esque single, Airport…

Hi Codex how are you?

S: Hey doing well thanks
A: Hey there, real good thank you!

Your new single ’Airport’ has just been released, can you tell us the themes contained within the song?

A: For me the song is kind of a battle between the honest emotions of the song writing, and the obnoxious attitude of production with it’s pushing distorted lead line and sharp yet sweet auto tuned vocals. I think all great songs have conflict within them, it’s something people can relate to.
S: Yeah that’s basically the gist of it. I don’t think there’s any point in talking about the lyrics, I tend to write them on the spot and I subscribe to the Kurt Cobain school of nonsensical lyricism.

How does the creative process work when you are writing new material?

S: Generally I’ll write an instrumental with a loose structure and add vocals. Once it passes the Adam Mayer test ( he’ll tell me if it’s any good) we’ll work together on the intricacies to get a complete track. The trick is to constantly find new techniques to stop the process becoming stale, otherwise you just end up writing the same shit all the time.
These last releases I recorded the lyrics and then drew in a melody using autotune. This got me out of some habits I’d formed through muscle memory and lead to some weird harmonies that I wouldn’t think to do naturally.

A: Yeah, what he said really, I’m essentially the Jonny Greenwood to his Thom Yorke, but with slightly better hair, and less orchestral talent. But in all seriousness, he is spot on, we both have endless amounts of rough ideas on our laptops, but the song only ever comes to life as a great Codex song for me once it’s got Shahriars voice on it, I’ve not heard him record vocals on a track that I haven’t completely loved, but he’s probably hiding the naff ones from me.

As a Manchester based band how do your surroundings and the local music and art scenes influence your creativity?

S: Definitely a massive influence, we used to produce shows for Limbo Radio, which would always have an influx of people doing amazing things in the scene. Hearing what they were coming out with was like listening to the bleeding edge of music a lot of the time.

A: Yeah a huge influence, you only have to go to a few live or club music events in Manchester to be completely inspired, whether that be from a song writing, production, or performance perspective, from DJ’s, bands, and live performers in all corners of music.

The enthusiasm, drive and support of the people we have met whilst being here has also had a massive impact on us, keeps you sharp and driving for the next big thing as musicians, along with the general attitude and togetherness in the city as a whole.

S: WDDS is one of my favourite producers right now, his recent release Wilderness is incredible, there’s a sweet band called Mewn who I had the pleasure of doing the sound for at a gig a few months back, really strong songwriting. Also Interpolate is a sick upcoming label, we’ve heard some of the upcoming releases and they’re phat.

You first met at 11 years old, how has the music industry changed since you began performing?

A: Wow, that’s a tough one to answer. I don’t know if the music industry has changed or we’ve just been exposed to more of it. I guess streaming is an obvious one, and the availability of music has just increased massively, and I might be wrong but there certainly feels like there’s more festivals than there used to be, feels like every year there’s one or two really good smaller festivals with a great ethos that start up. Usually with a really solid base of local upcoming performers and DJ’s which is great, rooting themselves in the community.

S: I think that the democratisation of the recording process is probably the thing that’s effected us most, we almost have no use for a traditional studio set up, I think pretty much everyone else is going in this direction too. Also the shift in popularity between live gigs and parties with DJs, you can make a lot more money showing up with a usb stick than a full band. Not saying it’s a bad thing, it just is what it is.

A: Currents – Tame Impala
In Rainbows – Radiohead
Not gonna lie I’m really struggling to decide between Kendrick Lamar, James Blake and Burial for this last one, but I think I’ve got to go for James Blake – The Colour in Anything.
I would miss his voice too much.

S: Marvin Gaye – Here My Dear
Joni Mitchell – blue
Jon Hopkins – immunity
How am I gonna play them though?

A: Somewhere in-between the sounds you’ll hear in the underground club scene of the UK with the gritty production style that comes with that, and modern pop music, with the glossy electronic sound and gripping melodies that come with that.

A: Glittery pop music on a knife edge.

For those who haven’t seen you play live, what can people expect from a live Codex performance?

A: I like to think of our live performances as a bit of a journey, through moods and genres, which we try to blend together in a seamless way, with music and songs you recognise from us sticking out here and there, blended with sounds we’ve made specifically for the live set to help it move seamlessly and hit different in a live setting.

S: Yeah if we get it right, then you should be just as likely to be in a hypnotic state as you would be moving about.

A: Oh we always get it right.

A: Firstly I can’t wait to get out on the road doing gigs again, so if that is in anyway possible before the year is out, that would be amazing, think I’m getting withdrawal symptoms from not hearing club speaker systems. We had debut headline shows in both Sheffield and Leeds lined up for May before Coronavirus hit, so would love to get a date locked in for those cities again.
We have a remix EP finished which will be out very soon, with some great producers reworking our most recent releases A Window and Airport, so can’t wait for everyone to hear those!

Also there will hopefully be a fresh new EP from us before the year is out, which we are working on right now. So keep your eyes and ears peeled for that.

S: yeah hopefully get back onto gigs, and just plan on writing a lot more music. Always easier said than done though.