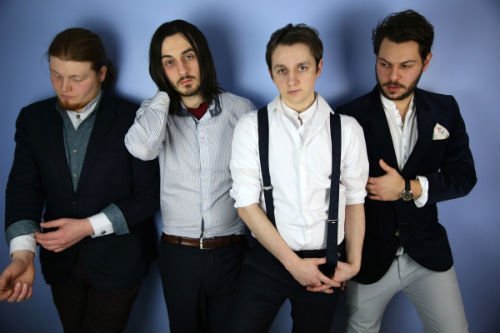 ‘Fever’ is the catchy and energetic introduction to their debut album ‘No Man Is An Island’, out September 8th.

Hi Clockwork Radio! Who do we have the pleasure of speaking with and what’s your role in the band?

What’s the story behind the name?

The band name is taken from a Trevor Baylis invention. It was created in order to get messages out in crisis zones and the developing world. It runs by winding it up so it’s kind of cool that music and ideas get spread across these places completely independently of any other power source other that the person holding it. Dan’s mum is actually his cousin. 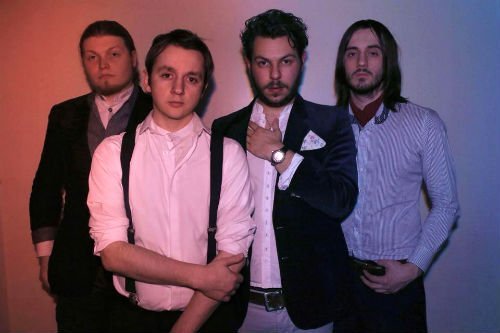 Your biggest hurdles as a band so far?

One of the hardest things we’ve found is sustaining ourself as a 4 piece. With the current way people consume music, there seems to be fewer bands on the road due to the financial aspect of keeping 4 of us going rather than a solo act or duo. We do pretty well though, mainly because we stay with local people and everyone on tour seems to want to help us out, it’s really great.

And your proudest achievements?

We’re a completely independent band, our biggest success so far has probably been the amount of touring we’ve done. It has enabled us to travel and share our music with a wider audience. The people we’ve met along the way really make the tours special and we have so much fun staying with fans and exploring new cities.

We also have complete control over the music we make, all the artwork is pretty much done inside the band as well as all the releases and everything that goes along with that. So I think to still be going and have all of this under our control is a huge achievement, especially with how disposable music has become and how little money there is to promote new music. 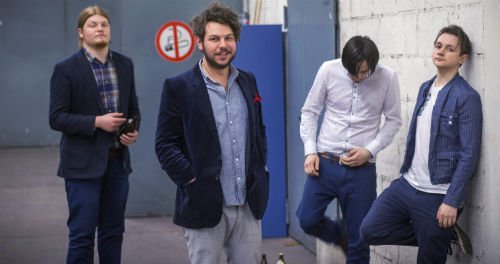 If each of your were characters in your favourite TV programs, who would they be and why?

Rich – Manuel from Fawlty Towers. He’s incessantly clumsy and onstage it comes across that he has a similar grasp of the English language.

Iwan – Dr Mark Sloan from Diagnosis Murder because he’s a doctor that can disarm nuclear bombs.

Dan – Moss, IT Crowd. Dan’s mum irons his trousers, he is far too willing to chat to strangers, he wears a backpack and can turn on a good football spiel if needs be. However, he’s terrible with computers.

Me (Sam) – Mani from Black Books because he has a yoga sack.

Describe the music to us in 5 words.

What influenced you whilst writing and recording your album ‘No Man Is An Island’?

A lot of the album came from just jamming and working on the songs together and trying to craft the album, I think we kind of feed of each other and bring out the best in our ideas that way.

There are so many things that influenced the album though from books, people we’ve met on tour, films, everything you live through or learn has some kind of influence I guess.

Bands we were listing to around the time were some early Elvis Costello, Jack White, Arctic Monkeys, Dungen, Fleetwood Mac, Tame Impala and a lot of St Vincent towards the end.

Being a band from Wales, if you could create a Welsh super group, who would be in the band and why?

Dafydd Iwan – He’s one of the best Welsh language songwriters and his songs are so honest and passionate and really bring people together.

Pino Paladino – Probably the best Bassists to come out of Wales, the list of people/bands he’s worked with is incredible.

Gruff Rhys – Again a great songwriter and has such a unique voice, tons of great melodies too.

Stuart Cable – Just plays what’s right for the track and was such a great character.

Len ‘Hendrix’ Jones from Y Profiad has to be in there, if you’re not familiar with him you should check him out.

You win the lottery, as a band, what’s the first thing you spend the money on?

We’d buy tickets to fly out to New York, Brazil, India, The Caribbean and everywhere else we want to go and play, I think we’d just tour as much as we could and then head into a studio or buy our own studio.

Then I suppose we’d fund lots of music and art projects and help people out.

Finally, tell us a secret about yourself?

I tried to ride a kids skateboard backstage at a show once and snapped it in half.