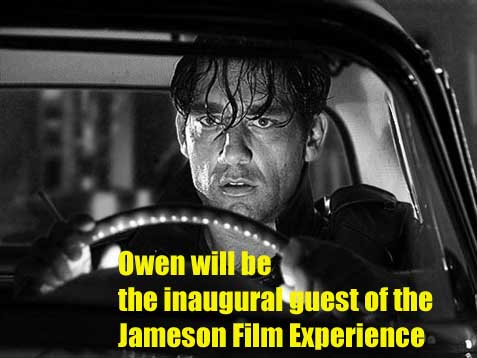 The Jameson Dublin International Film Festival are delighted to announce that acclaimed actor Clive Owen will be coming to Dublin in February as part of the festival. Owen will be the inaugural guest of the Jameson Film Experience, where he will be interviewed by the editor of Empire Mark Dining, in an exciting event MCed by MTV presenter Laura Whitmore, and with DJ Yoda on the decks.

Other confirmed elements of the programme, which will be unveiled in full on Monday 26th Feb, include Cannes’ Palme D’Or winner ‘The Class’ and the highly anticipated Irish animated film ‘The Secret of Kells’. The festival takes place from the 12th – 22nd February, for more information see jdiff.com

The festival box office will be open on line from midnight 26th January at jdiff.com, and in person from the 27th January in Film Base.