Check out their superb new single ‘Games’ (out now), taken from the EP.

Claire is an exciting band that combine grief, comfort, hope and melancholy and their stunning debut is a musical exclamation mark signifying the end of pop music arbitrariness…

This is always one of the most difficult questions because it is not easy to describe your own music. It’s definitely pop, but with a lot of different influences. We started coming out of different genres and now meet within “Claire”.

We have influences from Hip-hop and Indie to a lot of Electronic music…we started calling it Neon-pop, because we really can’t describe it. Also the emotions that we want to convey with our music are often very different.

Sometimes it’s more melancholic and a bit more dreamy, sometimes we want our music to give you a bit of drive, so that you can go and reach your goals. 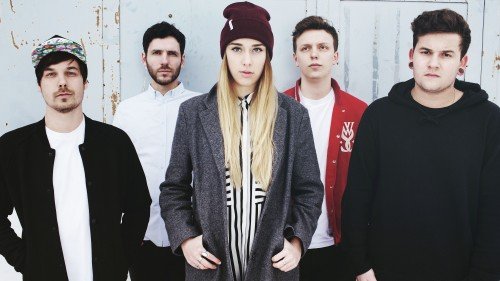 What’s the idea behind your new album ‘The Great Escape’?

When we realized that we’d get the opportunity to do an album, we knew that we wanted it to make as versatile as possible without loosing the connection between the songs.

How important are the melody and right words in your sound?

Writing songs always starts with the intrumental, which influences the words. But for us both is equaly important. In fact that’s everything.

How and when did you meet as a band?

We started the band at the beginning of 2012. We came together doing the music for a short film of a friend, and because this really worked well, we decided to do more songs together.

After having a few songs ready we wanted to take it on stage, and we definitely wanted to have live drums, so our drummer completed us as a band. 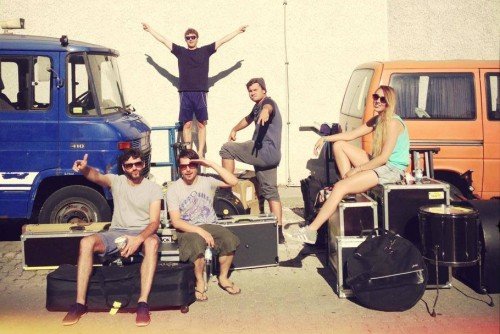 Why did you call the band ‘Claire’?

We wanted to get a slot at the Melt! Festival, where you can send in your stuff. Every year a newcomer band gets to play there.

It was really spontaneous taking part in this contest, so as we never thought about really being a band at that time because we just had a few songs finished, we had to come up with a band name quite quickly.

There were only a few days left until the closing date. My second name is Claire and the guys came up with this idea. At first it was a bit strange because we are 4 guys in the band and just one girl but “Claire” has become a term for us. And we all can identify with this name.

Your sound is very “visual”, so what films or directors are important for you?

What was the dream when you started the band?

Actually playing at Melt! Festival (which we managed this year) =) and just doing what we all love.

What’s “Pop Music” for you?

We actually all listen to slightly different music, but all are very open minded to all sorts of music.