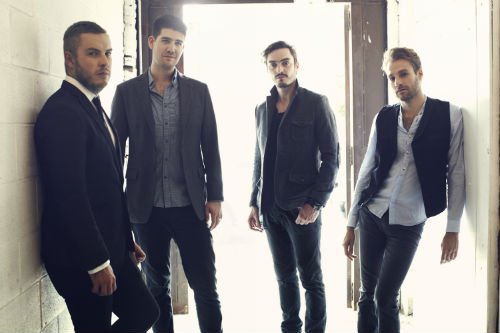 Nashville based band Civil Twilight have a rich and diverse background. They are three parts South African and one part Nashville. Recently they performed four showcases at the prestigious SXSW festival and have just released their new album ‘Holy Weather’. The quartet are also fresh off a well-received UK headline show too.

2012 saw a partnership with designer Yuna Yang during New York City Fashion Week, an appearance on Jimmy Kimmel Live and songs played in various television shows such as “Vampire Diaries “House,” and “One Tree Hill,” to name a few.

So what better time was there for us at Fame to track them down and learn more about this vibrant and exciting outfit.

Hi guys. So first off let’s ask you about your recent gig at London’s Borderline venue. How did you find it, were the fans what you expected them to be?

Yeah it was great. Better than expected I’d say. Really good, attentive crowd. Less vocal than the Americans but seemed very into the songs. We thoroughly enjoyed the performance. 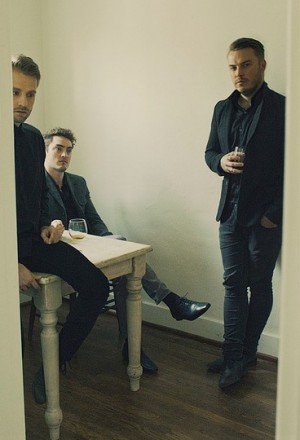 How did your new material go down with the crowd. Did you perform much from your new album ‘Holy Weather’?

Most of the set was from Holy Weather. We only did a handful of older tracks. Seemed to go down very well. It was fun playing the new songs in London as a large portion of the record was recorded here. We worked with Dan Carey at his studio down in Streatham Hill.

Speaking of ‘Holy Weather’ what can you tell our readers about the album?

Well, as I said it was produced in part by Dan Carey in London, who is an absolute sonic and creative genius. It was so fun to work with him. He really pushed us and challenged us to try new things, which is what we wanted to do.

We wanted to get away a bit from what we’d done before and work on songs that incorporated some different influences and we wanted the songs to be sonically adventurous and the arrangements to be concise and to the point. We focused a lot on groove and melody as opposed to guitars and energy. We wanted the songs to speak for themselves the basic elements of rhythm, melody and words to shine.

May we ask you how the band formed and what ambitions you had at the start?

We all went to school together in Cape Town, South Africa and as we were all musicians and friends (actually Andrew and Steve are brothers) we decided to start playing together. We had no real ambitions at the beginning beyond writing songs and playing them together.

It was just a lot of fun to play music. As we progressed and people started telling us that they liked our songs, we began to dream, as children do, of traveling the world playing music. We never really imagined it would happen!. But I guess it did. 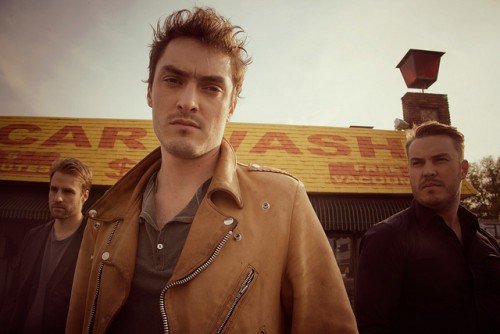 You have been fortunate to be featured on some very high profile gigs by well known acts. Do you ever get star struck, or feel amazed to see yourselves sharing the same stage as them?

Yeah, that does happen. Usually with bands that we grew up listening to or are big fans of. But at the same time we have experienced enough of the real inner workings of the music business to know that sharing a stage with your hero doesn’t mean you are in the same category as them or have achieved what they have achieved by any means. It is cool though.

I was very interested in hearing about what your SXSW performances were like. Can you describe the atmosphere at the the festival to our readers?

SXSW is crazy. It’s like no other festival we’ve ever seen. There are so many bands and so many parties, all the industry is there. It’s like the whole world of music descends upon Austin for two weeks. At least that’s what it feels like. It leaves your head spinning a bit. We had a great time though and really enjoyed all 7 of the shows we did in the 4 days we were there!

Did you meet a lot of media movers and shakers and new contacts whilst there?

Some, yeah. But there’s so much going on and everyone is running around to so many things that it’s hard to connect with people properly. It’s not really a place to take meetings, it’s more just a place to shake some hands and get your name out.

Will we be seeing you return to the UK/Ireland for a tour any time soon?

We would love to, yes! We would be very happy if we have the opportunity to return, but no tours planned at this moment.

What does the rest of 2013 hold for Civil Twilight?

We are going back to Nashville to do some writing. We’ve been very busy the last two years and are looking forward to being at home for a while and working on some new songs. We have some shows and festivals we’re doing in the States this year but no major tours right now.

Finally what can you tell our readers about your inspiration and methods you use when creating new material?

Well, it changes and evolves all the time actually. We started out writing together all the time. One of us would come up with an idea, we’d jam on it and play off each other and see where it went.

Then Steve started writing a lot on his own on the guitar and piano and it was kind of a combination of both of those approaches. Now we are all starting to write more on our own and bringing fully formed songs to the table. We still sometimes write the old way too so it’s a mix of things.