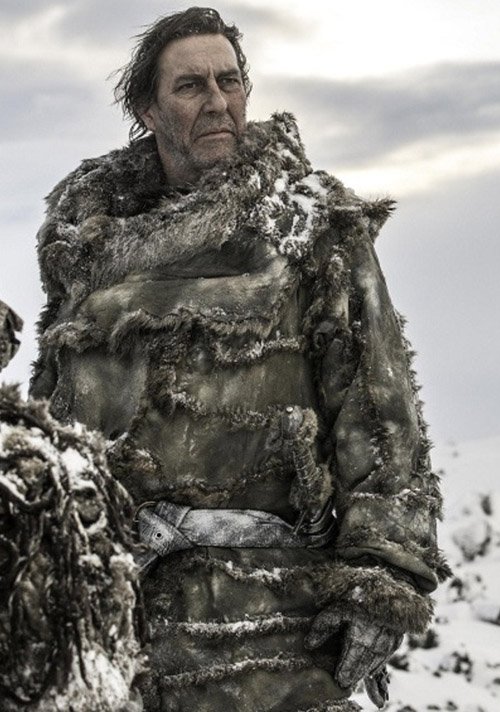 The first pictures of Belfast actor Ciaran Hinds starring in American drama series Game Of Thrones have been released. Hinds, 59, who is currently playing Big Daddy in the iconic American production of Tennessee Williams’s Cat On A Hot Tin Roof on Broadway, plays Mance Rayder, the ‘King’ beyond the wall in the show. 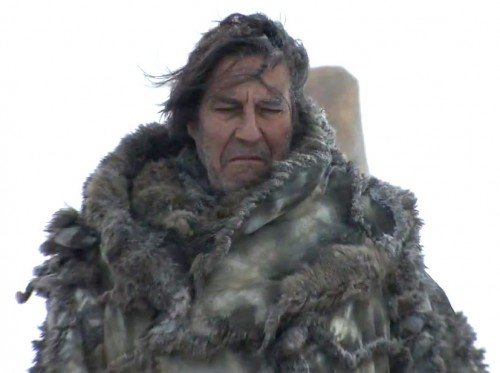 “Then I put it out of my mind. I saw my mum for the rest of the week.”

“If I’d known that I would have practiced a bit more. Maybe they’ll put me right. I’m waiting to catch up on what they have planned.”

Hinds’ character Mance was first introduced in the 3rd book A Storm Of Swords in the 3rd series of Game Of Thrones.
The character is described as being “once a man of the Night’s Watch before breaking his vows and abandoning his post. He has since become extremely influential among the wildlings where he gets his name The King Beyond The Wall”.

Although Hinds confessed he isn’t sure he’s ready for the celebrity whirlwind that is the multi-million pound HBO series.

He said: “It’s new to me. I had been living in Paris, working away, traveling, and I was offered this through my agent.
“They offered me this character who I didn’t know and I thought, what a strange name that is.

Recently Hind’s said he didn’t really get into the show in Series One.

He added: “I saw the first series and I found some of the sexuality and violence a little gratuitous and it annoyed me but then it calmed down a bit, but the storytelling and the juggling of the storylines are fantastic. It draws you in and takes you elsewhere.

The 3rd series of Game Of Thrones premieres on HBO America in March this year.
By Tina Calder ©FAMEMAGAZINE.co.uk