50% of the UKâ€™s workforce think that festive party mishaps can have career damaging results according to a Christmas dating study by Singles365.com.

The study of over 1,000 people from across the UK found that although a minority of people (5%) thought innappropriate office party behaviour should be encouraged, over half said it was potentially career damaging and should be avoided at all costs.

Innappropriate behaviour cited as being the worst included, being sick in front of your boss (47%), telling the boss what you really think of him (46%) and becoming drunk and emotional (40%), with some old favourites such as drunkenly resigning (37%) and photocopying a part of your anatomy (30%) also ranking highly. 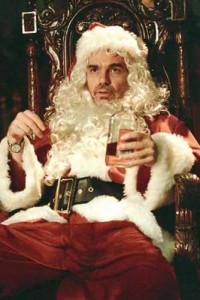 Furthermore, results revealed that men cite telling your boss what you really think of him/her as the worst party faux pas whereas women rank being sick in front of your boss as the most potentially career damaging behaviour.

However, although it is universally agreed that innappropriate office party behaviour is damaging there is a difference of opinion across the UK. Workers in Northern Ireland are most anti bad party behaviour with 64% saying it is career damaging, 57% of Scottish workers agreed as did 55% of North Easterners however, Welsh workers said that although bad office party ettiquete should not be encouraged 39% said it was just harmless fun.

Louise English, Marketing Director from Singles365.com commented: â€œWe put this research together to really find out what workers worries and fears were approaching the party season and the results clearly show what the hazards can be at a Christmas party. As expected being too drunk and emotional is high on the list however, it was interesting to see that people generally were worried about telling the boss what they really think!â€
Singles365.com