You probably didn’t need Equalities Minister Lynne Featherstone to tell you that Christina Hendricks has a fabulous figure. 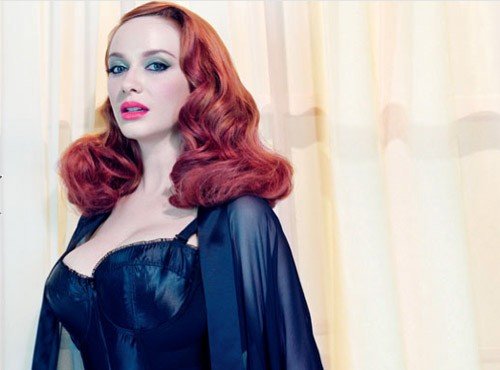 As Joan Harris (nÃ©e Holloway), the alpha female in Matt Weiner’s Mad Men and the cover star of British GQ’s September issue, we’ve admired her for some time.

In person, Hendricks more than lives up to the hype – flirty, chatty and utterly charming, she makes a mean gimlet and tells some good stories. 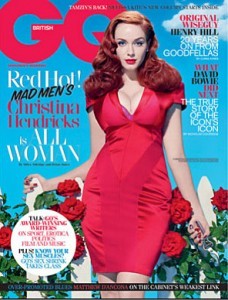 In a GQ.com exclusive interview with this month’s cover star, we ask her about fan reactions, her hopes for Joan in the future and how it feels to be a pinup…

My own wardobe’s changed – I’ve streamlined a little bit and definitely learnt from Joan’s sleekiness and tailoring.

As for the herbal cigarettes, for the most part I don’t smoke as much as the guys do.

I’m usually just strutting around a bit more so I don’t actually have to be inhaling it.

I’m lucky because I do have scenes where the cigarettes work beautifully to punctuate certain things I’m saying.

Obviously one of our all-time favourite scenes is the lipstick test in the two-way mirror in season one…That scene is perfect for Joan. 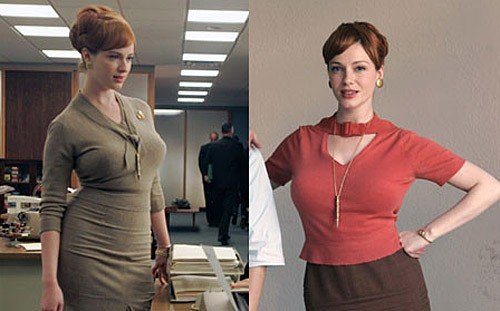 She’s controlling the women – she has more knowledge than them – and she’s also manipulating the men at the same time.

I lean over and I quite simply show my ass to the men. When I read it I just thought it was so fabulous.

I just thought, “How strong and amazing is this woman?”
Red more in www.gq-magazine.co.uk