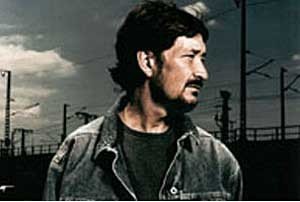 Chris Rea, one of England’s greatest singer songwriters and world renowned slide guitar player will hit the road once again in the Spring of 2010 playing 18 cities across the UK and Ireland in support of his forthcoming 2 CD Greatest Hits album ‘Still So Far To Go – The Best Of Chris Rea’ released on October 5th through Warner Music.

With a career spanning 30 years and a catalogue of massive hits such as Fool (If You Think It’s Over), Working On It, The Road To Hell (Part 2), Auberge, God’s Great Banana Skin, Julia On The Beach, Let’s Dance, Josephine, Stainsby Girls and I Can Hear Your Heartbeat, Chris has sold over 30 million albums: both The Road To Hell in 1989 and Auberge in 1991 debuted at No.1 in the UK cementing his position as arguably one of the UK’s finest musicians and songwriters.

Revisit the musical journey of one of the UK’s foremost singers and songwriters when he plays in April 2010.