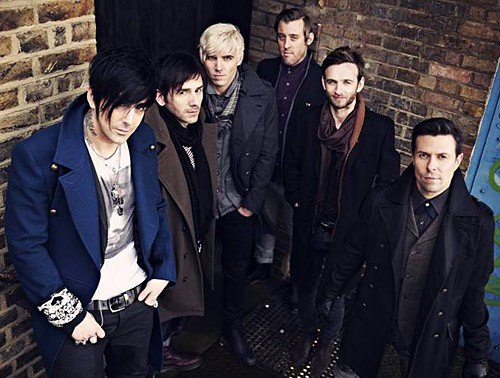 In this interactive video you can watch Lostprophets play ‘We Bring An Arsenal’ from the crowd (the ticket), from the side of the stage (VIP pass) or from the photo pit at the front of the stage (AAA sticker). Which one will you choose?

Having stormed back onto the UK charts with their top ten album ‘Weapons’, Lostprophets will release their new single ‘We Bring An Arsenal’ on June 4th.
Lostprophets have also announced a massive UK tour for later this year following their sold out April/May tour. The band was also confirmed for Radio 1’s Hackney Weekender in June.

Guitarist Mike Lewis says: ‘We Bring An Arsenal is about us as a band, our gang mentality. We’ve always had that, even before we formed Lostprophets. When we were just mates growing up, we had that us vs. them, underdog mentality. That song is about that – whatever you throw at us we’ll come back with more.’
lostprophets.com
facebook.com/lostprophets
twitter.com/lostprophets