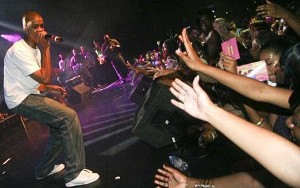 There are few who possess the tenacity and talent of Chipmunk. Despite being just 18 years-old, the Tottenham teenager has already achieved more than most could dream of. A MOBO Award winner at 17, a chart star twice in the last four months, heâ€™s had millions of hits on YouTube and MySpace, and is one of UKâ€™s most exciting emerging acts.

He makes his debut Belfast appearance at the famous Spring & Airbrake on Sunday 28th February.

What makes this engaging MCâ€™s accomplishments all the more incredible is that while heâ€™s been busy self-releasing singles and mixtapes, touring with N-Dubz and recording with Basement Jaxx, Chipmunk has been resolute about completing his education.

The owner of 9 GCSEâ€™s at A and B grades, he is currently sitting Aâ€™ levels in Sociology, Drama and Critical Thinking. â€œIâ€™m just doing what the average kid is doing,â€ insists the N4 resident and gifted footballer that used to play for QPRâ€™s youth team. â€œYou have to have a Plan B in life, so I knew I had to see my schooling through.â€œ Far from your average student, this intelligent and motivated MC is truly unique in every sense of the word. â€œIâ€™m about representing youth culture through music and Iâ€™m trying to bring the value of good music back. I want to take the scene further than any UK rapper has taken it before, and Iâ€™m very hopeful that I will do that.â€ 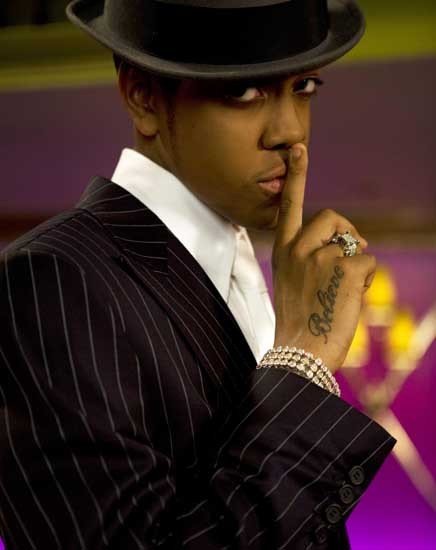 With UK urban music achieving huge commercial success, the stage is set for the leader of the new school to step into the spotlight. Already a staple on MTV, Radio 1 and 1Xtra, Chipmunk has been championed in GQ magazine and The Guardian who called him â€œthe wunderkid of urban music.â€ His appearances on Tim Westwoodâ€™s YouTube channel have received combined viewing figures of over 2m, while his own videos for Who Are You, Chip Diddy Chip and Beast, have clocked up 1.8m, 1.7m and 1.1m views respectively. Following a successful support slot with N-Dubz on their sold-out tour this year, Mr. â€˜Munk has already been booked to play a number of festivals, including Relentless NASS alongside N.E.R.D and Wireless with Kanye West and Glastonbury . On top of all that, he has recently recorded a single with Kelis for Basement Jaxxâ€™s new album, and a track with the chart-topping Bodyrox. Another high point arrived in April 2009, when, following a bidding war, Chipmunk signed to Sony Columbia, who will release his next single, Diamond Rings and forthcoming album, I AMâ€¦ Chipmunk.

Like many young people, Jahmaal Noel Fyffe grew up listening to the sounds of UK grime stars like Wiley, Kano and Dizzee. At the age of 14, encouraged by his local youth club, The Laundry, Fyffe began crafting his own compositions. Growing up on St. Anneâ€™s estate in Tottenham wasnâ€™t â€“ and still isnâ€™t â€“ easy, but the aspiring artist was determined to choose a legitimate career path over the criminal one he saw some of his peers taking. Buying blank CDâ€™s in bulk, he regularly ran his mumâ€™s ink cartridges dry by printing off cover art for his mixtapes. He took the end product to school, where he sold them to his classmates, and, within a matter of months, he progressed from a homemade hopeful to an acclaimed semi-pro. His second mixtape, Whatever The Weather: Volume 2 caught the attention of Wiley and he soon began working with the Godfather of Grime. 2008â€™s album A League Of My Own solidified Chipmunk as one of the grime sceneâ€™s most skilled songwriters, with Who Are You, Mohammed Ali and Fire Alie ringing from mobile phones up and down the country. An ability to combine pop hooks with street-smart savvy saw, the engaging lyricist quickly captured the attention of kids all over the UK.

Towards the end of 2008, Chipmunkâ€™s rising celebrity status was irrefutable. Earlier this year, Chip and the label he has worked with throughout his career, Haringey based Alwayz Recordings, released Chip Diddy Chip. Despite a lack of major distribution or a mainstream marketing machine behind them, the single charted at No.21, which is an incredible result for an independent set-up. The video also featured Tim Westwood, N-Dubz and Chipmunkâ€™s friends, Flawless, who were runners-up in this yearâ€™s Britainâ€™s Got Talent. In April, Chipmunk featured on the Elton John sampling Tiny Dancers, with DJ Ironik. The single shot straight into the charts where it landed at No.3.

Fast forward to June 2009, and sights are now set on Chipmunk’s own musical gem. Diamond Rings is produced by Naughty Boy and features the vocal talents of newcomer Emile Sande. Based around a ska sample, the infectiously confident uptempo track sees a fast-flowing Chipmunk reflecting on his current state of mind. â€œItâ€™s not about buying diamond rings,â€ he points out. â€œItâ€™s a credit crunch right now, no one wants to hear that. Itâ€™s more about feeling like a diamond, acknowledging and maintaining your value as a person.â€ The single picked up early plays from Zane Lowe, Sara Cox and Jo Whiley, before being added to the Radio 1 playlist six weeks in advance.

Following Diamond Rings, Chipmunk will focus on releasing his debut album, I Amâ€¦ Chipmunk. Whether talking about the break-up of his parentâ€™s marriage, the realities of life in inner-city London or his all-consuming love of music, the diverse and imaginative debut features collaborations with N-Dubz and production from renowned underground beatmakers Maniac and StarzBeatz. Expect an array of sounds; from gritty grime to pop-tinted R&B. Oopsy Daisy is a brilliant upbeat ballad about a break-up, while the soaring synths of Lose My Life, co-starring Tulisa from N-Dubz, is a metaphor for Chipmunkâ€™s approach to music-making. â€œThe album is a representation of me and the first 18 years of my life. I hope that people will see that as well as being commercial, it is also deep and well thought out.â€

Given his self-made success so far, itâ€™s impossible to predict what is next for the teenage sensation. And yet, you can be assured that his achievements thus far are just the tip of the Chip iceberg. Recently turning down a drama scholarship to concentrate on his music career, the future is looking incredible for the driven and determined rapper. Thereâ€™s never been doubt that Chipmunk would blow up; it was just a question of when and how big.