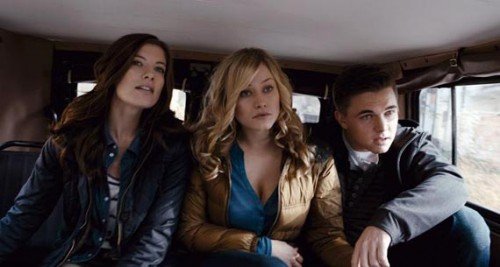 The Blair Witch Project has a lot to answer for. Ever since its release in 1999 there has been umpteen homage’s, clones, copies, down right rip offs, call them what you will. The current horror market is awash with them at the moment.

CHERNOBYL DIARIES, written by Oren Peli the man responsible for Paranormal Activity, which when it was released was described by many as groundbreaking. 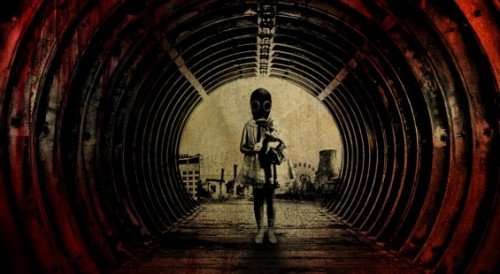 CHERNOBYL DIARIES does not fall into the groundbreaking category. Peli does not direct, he instead lets Brad Parker, a first time director whose previous credits include visual effects supervisor of Let Me In, and Fight Club. So you’d expect a film loaded with style and visual impact.

But then you find that half the film is shot in darkness, and as a viewer the extent of your view is limited to the power of torchlight, hence the Blair Witch Project comparisons, and the viewers frustrations. 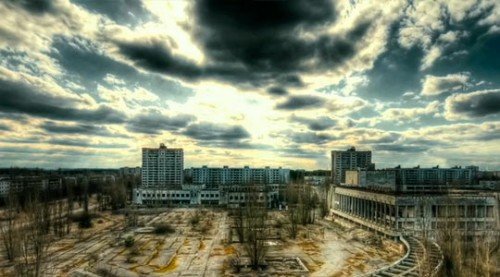 The cast play there parts well Jesse McCartney (he was the voice of Theodore in Alvin and The Chipmunks), Jonathan Sadowski (Die Hard 4, Friday 13th) and Olivia Dudley (Chillerama), proving that a film like this does not require any megastar names, although their parts do involve running around a lot. 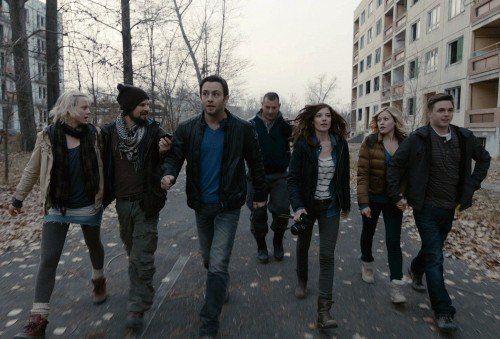 The film follows a group of young Americans, who are travelling across Europe. Chris (Jesse McCartney) meets up with his brother, Paul (Jonathan Sadowski), who lives in Kyiv.

Their initial plan is to travel to Moscow, where Chris intends to propose to his girlfriend. But they are persuaded by Paul to go on an illicit tour of Pripyat, the abandoned town that was the home to the workers of the Chernobyl nuclear power plant.

The town has been deserted for over 25yrs, the ghost town is derelict, things abandoned as they stood after the nuclear disaster at the power plant. 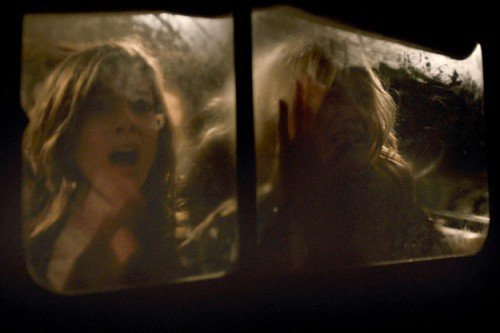 The initial exploration of Pripyat is the intriguing part of the film, it’s when their van is sabotaged and they start to encounter the mysterious inhabitants of the town that we start to drift into the formulaic repetition of well trodden ideas.

What could have been a very interesting exploration of the effects of radiation on a society, the corruption of those in charge, cover ups, and paranoia is lost as none of this is explored. Instead we have mutant zombies chasing American tourists around ever darkening surroundings, lots of screaming and torches being waved about.

There are some good shock moments, which make you jump, but you’re never really scared out of your wits. It leaves you with a feeling of a missed opportunity.

The one thing that really confused me was why the film was called CHERNOBYL DIARIES? Whose diary was it? It’s almost as if they’re trying to tap into the Blair Witch Project thing again, but the film never enters the amateur footage scenario.

One character does have a camera at one stage, but then it quickly disappears amongst the many chases, and its plot significance is either lost, or forgotten.

Could somebody have found it? The only element where some form of Machiavellian goings on are explored are in the final scenes, but you’ll have to watch the film to find out what they are.
Review by Alistair Canlin