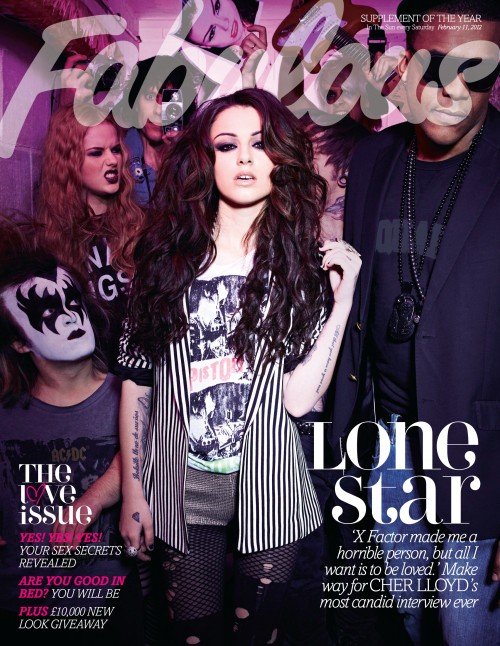 Cher Lloyd has admitted for the first time that being on the X Factor turned her into a monster.

In an exclusive and brutally honest interview with The Sun’s Fabulous Magazine she revealed: “I was a beast! Everyone hated me. I was young and foolish.

Part of me was trying to show I was strong enough to do it, and then I think it all got too much for me. I was angry with the way I was being edited and because of that I turned into this horrible person, with a terrible attitude.”

Now Cher has used her experience in front of tens of millions of viewers to launch her career in the USA, signing a deal with American record exec LA Reid.

She explained: “It’s a blessing that I didn’t win the show, I’m glad I came fourth because otherwise I wouldn’t be doing all this now…I might have come from a reality TV show, but I’m not a puppet and I won’t be treated like one.”

But despite her outspoken façade, deep down the young singer still battles enormous insecurity.

She said: “I struggle with my appearance, I’m really picky with clothes and sometimes that can put me in situations where people think that I’m being a brat. But really it’s my self-confidence. I feel I’m too skinny and it’s really difficult.”

Cher also talks about her relationship with hairdresser Craig Monk for the first time with Fabulous: “He knows me completely.”

However, she keeps her lips sealed when asked how Craig, who’s now her fiancé, proposed to her: “I’m not saying, I’ll get really embarrassed. It’s a bit private. What we’ve got together is so close and I’ve got him to myself. He’s the one thing I‘m allowed to myself!”
Get Fabulous, free with this Saturday’s Sun.
fabulousmag.co.uk