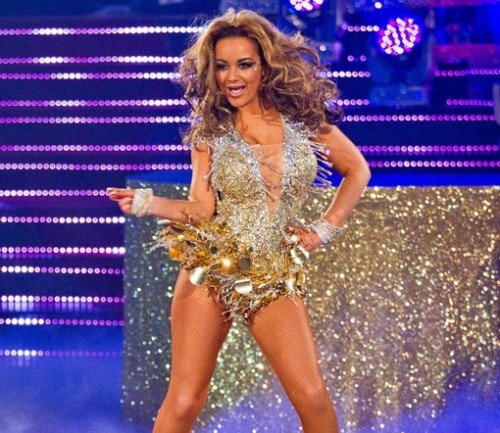 Chelsee got especially close to ex-judge Alesha Dixon. “She really got me. We’re quite similar people, and Alesha would often have a word with me before I danced and encourage me to be myself.” 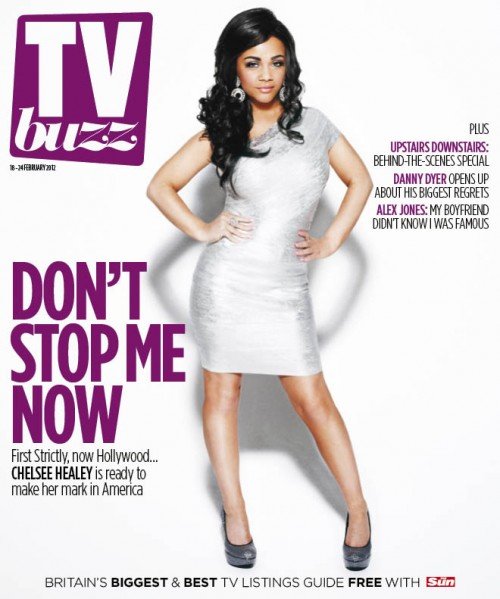 Chelsee is off to LA next month, could a Hollywood career be on the cards?

She tells TV buzz, “My biggest ambition now is to do a film.”

She explains, “I’d like to do a gangster movie. But I’d also like to do an American TV comedy. Something like Friends would be brilliant – I’d have been Phoebe because she’s the funniest and a bit dopey, like me.”

Chelsee started acting at a very young age and is quite the rebel, she reveals, “I love to mess about, be naughty and go out for crafty cigarettes.”

She explains, “I always got cast as a tart, to be honest. Thinking about it now, I’m actually quite insulted.”

At the age of just 14, Chelsee landed her first acting role for the BBC drama Burn It, “That was one of my best roles, it wasn’t like a comedy part – it was very far from that.”

But not long after that she got offered a role on Waterloo Road.

She discloses, “I still remember my first scene… They really threw me into the deep end. It was a memorial service and I had to shout in front of everyone, ‘You murdering scum!’”

What a first impression she made to the cast of Waterloo Road!

The actress claims love is not on the cards at the moment, “I’d love to be in a relationship but I’m too busy.”

She explains, “In fact, there’s not been any romance for me since Strictly. Nothing. Though I do get lads using cheesy chat-up lines on me that really make me cringe. One asked: ‘Does Chelsee use L’Oreal? Because she’s worth it!’ I just laughed”

But Chelsee is never far from a few stabs from the press after wearing an outfit twice in one week, “Usually I’m not that fussed, but I was annoyed about that”, she says, “I’m sorry, I’m not the kind of girl who gets something and only wears it once. Call me whatever you want, but if I buy something I’m getting my wear out of it.”

She also can’t forget the wardrobe malfunction she suffered last year on Strictly that she got a lot of grief for, “Whether I reply or ignore those comments depends on what mood I’m in.”

She reveals, “A couple of years ago I would have bit back, but I’ve grown up a little now. They must have too much time on their hands if they’re going out of their way to slate someone.”
That’s showbiz for you!
The Sun TV buzz
facebook.com/TVbuzzmag